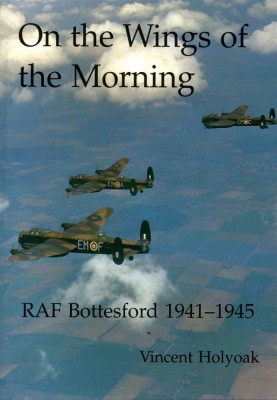 The Bottesford Airfield Archive was collected by Vincent Holyoak when researching “On the Wings of the Morning: RAF Bottesford 1941-1945. There are now ??? items in the collection, consisting mainly of photos and documents relating to the squadrons that were stationed at Bottesford Airfield during WW2.

Approximately half the collection consists of original letters from surviving service members and their relatives written in response to Vincent Holyoak’s research enquiries. The remainder are copies of original war time and reunion photographs that are in the care of the contributors.

Most of the photos show crew, aircraft and buildings associated with the airfield. There are also oral history interviews concerning war time service recorded by Vincent Holyoak.