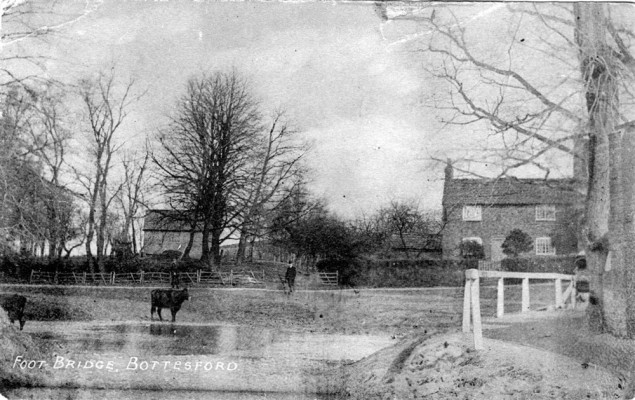 This early photograph shows the ford where Rectory Lane becomes Normanton Lane as it passes through the River Devon. On the opposite side are Riverside Cottage, and a small barn stands in the trees.

On the reverse the caption reads, “A.D.Knapp (Mrs Maskell) – was given to me by Mrs Maskell, living at Warwick Flats”.