You are here: Home>Tags>Archive>Bottesford Local History Archive>Photos from Mrs Jill Bagnall's collection>The row of old shops on the High Street, all demolished except for the far end

The row of old shops on the High Street, all demolished except for the far end 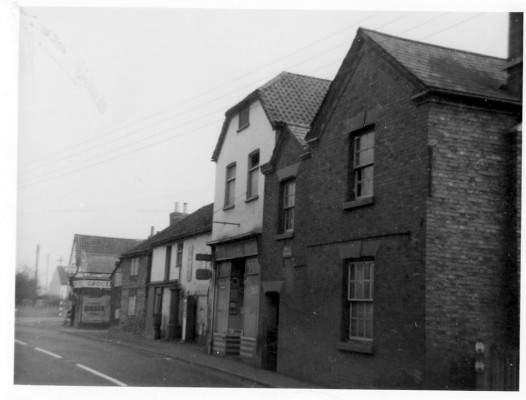 This group of shops stood in at the eastern end of High Street opposite the Rutland Arms. The farthest shop, which used to be Standley’s Cafe during the Second World War, still stands today occupied by a new cafe premises, but the others were demolished in the 1960s.