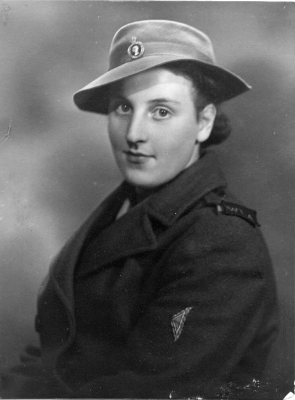 A studio portrait photograph of Edna in her Land Army uniform during her posting at Bottesford during WW2, c.1940.
Contributed by Mrs Edna Taylor

Group photographs at meetings of the Women’s Institute and other occasions, including one taken during a WI visit to the Houses of Parliament, and pictures of Bottesford people. There is also a photograph of Edna when she was a Land Army Girl at Bottesford during the Second World War.

Photographer/s unknown in most cases, though one at least was taken by Ted Rayson

Uncertain, except Ted Rayson where shown as such