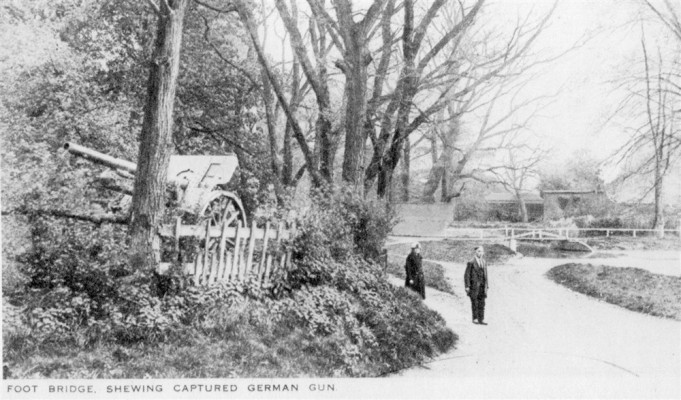 This is one of a number of copies of this postcard, which shows the ford where Rectory Lane passes through the River Devon in Bottesford. To the left in the trees is an old First World War gun, a captured German weapon that was brought to Bottesford after the war ended. The couple are believed to be Mr Abbot, painter and decorator, and his wife.