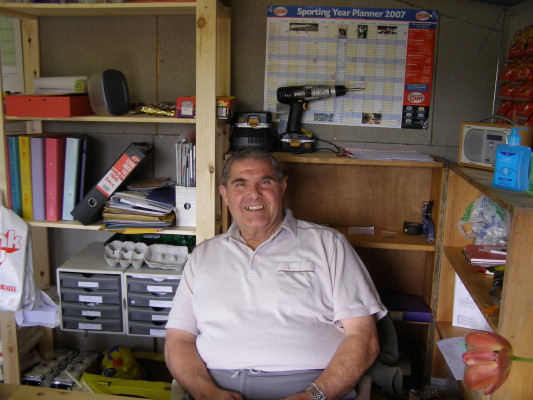 Mr Lol Pickin sitting in his office at the Orston Lane Nursery during an oral interview session in 2008.
Taken by Neil Fortey, 2008

Pictures of: Boston WW2 lady fire fighters including Lol’s mother, Lol as a young man, Arthur Marston, children walking to school along the narrow pavement on Grantham Road, Lol in his office at the Orston Lane Nursery in 2008.