You are here: Home>About Us>This website>Genealogical enquiries with Bottesford links 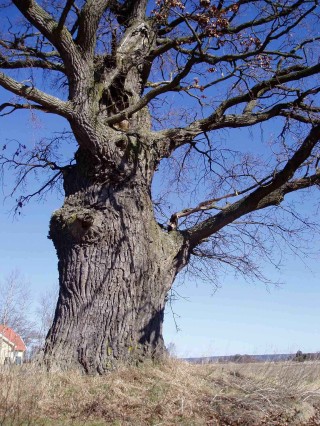 A number of genealogical enquiries have been received. If you are able to help please do add a comment.

I have been researching my family tree for a considerable time and although my father’s family came from the Westminster area of London and subsequently from Edmonton/Enfield in Middlesex, I have managed to trace my great great grandfather, Samuel’s birth to the parish of St Mary in Nottingham.  He was born in about 1811/12, parents unknown.

I believe that he married in Manchester in 1829, after joining the Coldstream Guards in London.  Four years of his army service was spent in Quebec, Canada, where his wife gave birth to two sons.  The family then returned to England in about 1842.

Professional researchers both in Nottingham and Manchester produced precious little and so I decided to write to all the Deweys in those areas.  Today I have received a telephone call from a Peter Dewey who tells me that he believes that all the Deweys originated from one family in Bottesford.  On logging on to your website, the first name I came across was a Mr Dewey whose name featured in a local play!

I have lived here in East Wittering for virtually all of my life – I am now retired, and my husband and I run a local history group of some ten members who were born and bred here in this coastal village in West Sussex.  If any of your members has any information that they think may be of help to me, I would be delighted to hear from them.

The following request for help can also be read on the Beckett Family page.

I can trace my family tree back eleven generations to Isabell Becket (c1555 – 1609) of Bottesford, second wife of John Cragg, also of Bottesford (c1535 – 1602) – my great (x11) grandparents. I’d be very interested to hear from anyone with more information about the Becket and Cragg families of Bottesford.

John and Isabell were married in the church at Bottesford (15.01.1574) and had one son, Daniel Cragg who married Lucy Caunt of West Allington, Lincs. Daniel and Lucy lived in Bottesford as did his son, Daniel (01.11.1618) who was a weaver. He married Jone Allison of Bottesford (Bottesford Church, 06.04.1644) and their son Robert left Bottesford following the death of his wife, Lydia, in 1722. He moved to Orston, Notts where the Cragg family became famous as framework knitters and cricketers.

I am hoping to go back further than 1535 if possible, and wonder if there are any Craggs and Beckets in Bottesford who would maybe be interested in helping me with my research.

Anyone know any information about Leonard Bockin who was a WW1 soldier from Bottesford. Thanks for looking

Best of luck with your searches

John, I have submitted to the website a photo of a group of soldiers identified on the photo as “Bottesford Squad Mobilization 1914” Perhaps Leonard Bockin is in that photograph? I can only identify my grandfather, Bill Christmas and a Charlie Calcraft.

Hi, I’m new to this site this month. I lost a message I thought I had posted, so will try again. John Hollingworth married Hannah Stokes in 1797 at St. Mary’s in Bottesford. Both of them were born in Grantham. I have John’s family back to a Henry and Mary Rolinson Hollingworth of Manthorpe (married in 1684). I have written to several people named Hollingworth in the Grantham area trying to locate a “cousin” who knows their family history. Since I mailed the letters, I heard that there is a postal strike. I have already researched the descendants of John and Hannah (including their son William b 1805 Bottesford who came to Texas in 1849 with his family), but cannot find a living male Holling(s)worth cousin. I’ve met some lovely female descendants. Any advice on what else I can do? Thank you.

I have a Christopher Gale in the 1841 census for Bottesford HO107 587-4. Age 18 yrs working as a ‘A/Lab’ , but living at The Nooks, where would this have been? Also have a Doris Edna Gale working as the local postlady for many years, living at 43, High Street, Bottesford in 1976. Does any-one remember her? Any info regarding the Gale family welcome. maureen.pennell@ntlworld.com. Thanks

Doris Edna Gale I have made enquiries but can’t find any record of her working for the royal mail. I have spoken to Freda Dunwell a retired post mistress and she cannot recollect anything either. Doris’s husband was Thomas and they lived in Normanton – 1 mile north of Bottesford, in what could be best described as a very old wooden bungalow. They had 3 children, Norman, who would now be about 70 but died 15 -20 years ago. He worked in Grantham in the loco sheds. Norman had a wife June and a daughter Leonora and they lived on Pinfold Lane. June died on 13th March 2008. The daughter lives in Grantham. Margaret would now be about 68 and Joyce about 66, I think the 2 girls now live in Grantham. The family did move to Bottesford and lived at 43 High Street. Tom and Doris were Jehovah Witnesses, I don’t know if the daughters have followed in that faith. Doris had a brother – Pip who lived at 49 High Street. He died about a year ago aged over 90, he was a spitfire pilot during the war. His son Pip still lives in the house. The “NOOK” was just off High Street at the western end of the village. The road forked just after leaving High Street – the right fork is now called Pinfold Lane and the left fork was Orston Lane, now called Bowbridge Lane. The photos you sent are of the backs of the cottages which were on Orston Lane, they were knocked down in 1959. Standing there now are No’s 3,5,7,9, Bowbridge Lane, built in 1960. We have lived at No. 7 for 48 years! The path going to the wooden shed was still there when we moved in and stayed in place until we re-arranged the garden some 10 years ago. Hope this is of interest to you. Peter Topps 16.3.2008

Re: The Kirton Family

Tracy, The 1901 census records a Kirton family living at 2 Belvoir Road, Bottesford: John Kirton, 45, a railway carpenter born in Muston, Leics; Anne, his wife, 36, born in Galston Lincs; sons Frank, 7, Robert, 10 and Tom, 5; daughters Lucy, 13 and Sarah, 8. All the children were born in Bottesford. There was also John Kirton, aged 16, a farm servant living in at 4 Normanton Road. In addition, Mary Kirton, aged 75, lived in a house in Woolsthorpe Road, Muston. She was supported by parish out-relief and was head of household that also included her son-in-law, Arthur Smith, 29, shepherd, her daughter Mary Smith, 32, and their son William Smith, 4. Kirtons appear on the Muston census from 1841 onwards.They first appear on the Bottesford census in 1861 when a George Kirton, born in Muston, is recorded, married to Elizabeth, born Easthorpe. They have 6 children, the oldest 3 born in Muston, the youngest 3 born in Easthorpe. I hope this helps. Let us know if you discover more. We plan to hold an exhibition during september of 2008. Neil Fortey

Re: the Kirton family

There are two members of the Kirton family named on the Bottesford Men’s Football team – 1920’s – sorry without first names. http://www.bottesfordhistory.org.uk/page_id__384.aspx

First may I say what an excellent site this is. My grandfather was Thomas SPALTON. He is buried just outside the church door, in 1843 and from his age he would have been born in 1777. Other records show that he wa, at one time, a churchwarden, so it would seem that he came from an established family. Unfortunately I can’t find any Spaltons in Bottesford prior to this. I am wondering if any of the old enclosure maps that you may have access to would give a clue. Thomas was married three times, to Olivia Kemp of Woolsthorpe, then to both Olivia and Elizabeth Dolby/Dalby of Waltham on the Wolds. His son Thomas b 1826 married Elizabeth Goodson of Muston/Harby so I have plenty of local ancestry. There is a row of cottages to the right of the Red Lion which was, at one time, named Spalton’s Row. Any assistance would be much appreciated. Regards Peter By Peter Krafft on 17/10/2007 at 00:08

I have looked at the 1771 enclosure maps and cannot see any reference to the name “Spalton” – however I will look again in more detail in the near future.

There is reference to the Spalton’s in various 19th century Trade Directories. Have you seen any of these? Thomas Spalton, for example, is referred to in the 1863 Drakes Directory as a farmer or grazier at Easthorpe. A William Spalton – Cattle Dealer on Chapel Street.

See also Whites for 1877 http://freepages.genealogy.rootsweb.com/~framland/Ag/maps/bvm.htm where the following is recorded: “Spalton Mrs Elizabeth, grazier, Chapel Street”. Elizabeth is still there is 1880 in the Wright’s Directory.

In the 1899 Wright’s Directory, William Spalton is listed as an ‘Ironmonger’ on the High Street. In 1900 he is listed as a shopkeeper. In the 1908 Kelly’s Harriett Spalton is a shopkeeper but then there appears to be no further reference in the directories we have to hand. If we come across earlier references we will get back to you. Many thanks for your interest in the web site, we appreciate your kind comments. Kind Regards David

Re: Ancestor materialised in 1777…

Thank you. Spalton’s Row predates 1851, it appears in the 1841 census between Thomas Spalton, living in High Street (mistranscribed as Spotton on Ancestry.com but clear in the image) and Bridge Street. Peter

Does anyone have any information about the family of my Great Grandfather Thomas Watts who was born in Bottesford in 1834/5.The 1851 census shows him as an apprentice living with James Robinson and family in Bottesford. He was a carpenter and later settled in London. Many thanks.

Re: The Watts Family

Dear Ann, I would be very interested to know someting about the Watts family. When looking around the churchyard I have noticed there is a group of Watts headstones, so they must have been a large family. i am not aware of anyone by the name in Bottesford today and they have not figured in the old stories I have heard, so it is hard to find out more about them. I shall have a look at the censuses to see what more I can add.

I find this page most exciting. My BROWN family went to Easthorpe via Thorpe Arnold from Long Bennington. Mr Thomas Brown went there c 1730. Documents from the Nottm RO have the leases showing. Will of Thomas Brown witness Edmund Brown (my ancestor) also mentions the farm. Edmund Brown dies in the 1800s at Easthorpe. John Brown was a weaver in Bottesford in the late 1700s as was Edmund.

In John and Mary Fegan’s Gravestone Index of St Mary’s Church, Bottesford the following Brown’s are listed. Hope this is useful in your enquiries. The index entry numbers are included. No mention of Edmund in this index