The Mystery of Edmund Roos 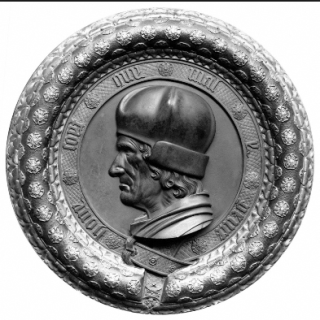 “The kyng our sovereign lord that nowe is, forsomoche that the said Edmond is not of sufficient discretion to guyde himself and his lyvelode, nor able to serve his highness after his dutie, and for diverse other great considerations and causes resonable … “

These widely quoted words, from an Act of Parliament of 1492, relate to Edmund Roos, son of the 9th Baron Roos of Helmsley, as reported by John Nichols in the Antiquities of Leicestershire, Volume II Part 1, 1795. They have been taken to mean that Roos was mad, but this is not certain, and even if he was mad it is not clear why Parliament felt it had to pass legislation specifically aimed at controlling his affairs – surely a case of using a sledgehammer to crack a walnut!

This talk discussed the background to Edmund Roos and the tangled circumstances in which he found himself. It takes us into the strange world of Henry VII’s regime, and seeks to map out the steps by which the old, pre-Wars of the Roses world of the Barons Roos and their medieval Belvoir Castle became transformed into the Tudor world of the Earls of Rutland and the rebuilding of Belvoir.

Bottesford Local History Society meets on the second thursday of every month from September to May at 7.30 in the evening in the Fuller Room, Bottesford Old School, Grantham Road, Bottesford, Leics NG13 0DF.

Visitors are always welcome, though there is an entry fee of £2.00 payable at the door.