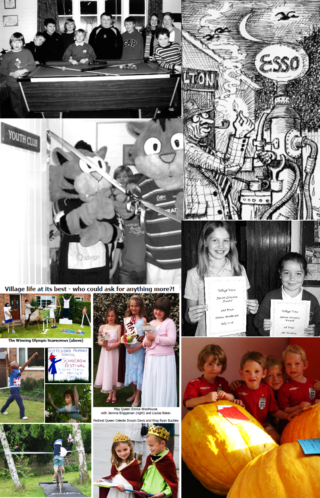 Pictures from the front pages of each of the six editions of Village Voice published in 2006.
Bottesford Local History Archive

Bottesford Village Voice magazine started in 2002. Since then, there have been six editions, published every two months, each year, a major achievement for a small team of local volunteers. Village Voice serves the entire community in the parish of Bottesford and Muston, delivered to every house and also available from local cafes, pubs and of course Bottesford library.

This is one of a series of pages which will provide a publicly-accessible archive of the magazine. Each will present the editions for a complete year, normally six but only two in this case. They are provided as PDF files, which can be opened and read on any computer, tablet or smartphone with a PDF reader application. If you don’t have an app, then we recommend Adobe Acrobat Reader DC – navigate to https://get.adobe.com/uk/reader/ where you can download the Windows 10 version or versions for Chrome or other versions of Windows or Mac operating systems, not to mention the Android version.

Read the six Village Voice magazines published in 2003 via these links. They are in chronological order, opening the editions for Village Voice No.21 (January-February), No.22 (March-April), No.23 (May-June), No.24 (July-August), No.25 (September-October) and No.26 (November-December), respectively.