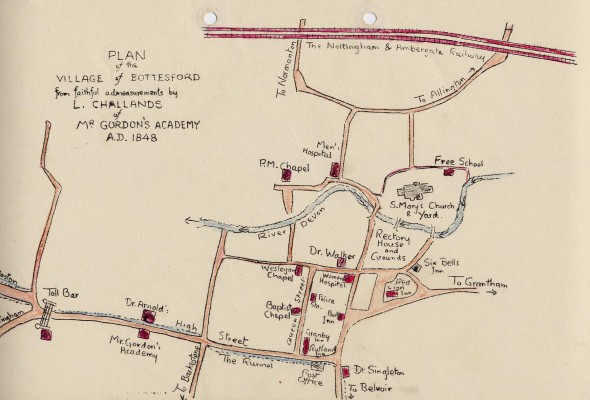 A small, cartoon-like map, apparently drawn by a pupil called Challands, who was attending Mr Gordon’s Academy (which was presumably a privately run school in the village). It shows the old village streets much as they are today. The inclusion of the railway is interesting, in that the line is recorded as having opened in 1950, yet this map is dated 1848!