You are here: Home>Places>Farms>The Marsh Family 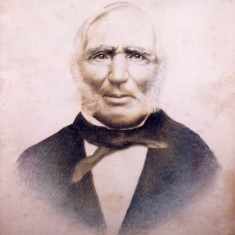 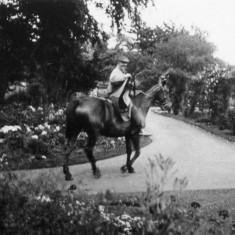 George Marsh, riding around his gardens at The Elms, Bottesford
From the collection of Angela Marsh 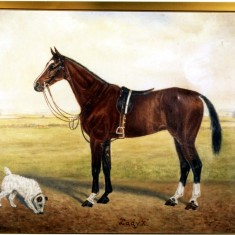 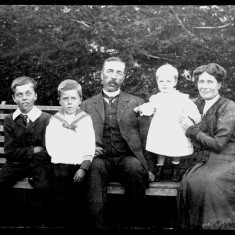 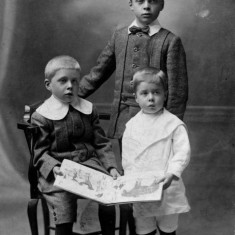 Three of the sons: Cyril (seated), George Ernest junior (at rear) and Alec Marsh (on right) 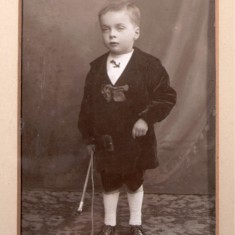 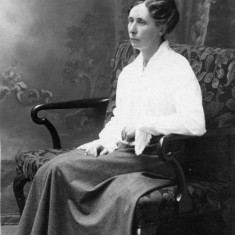 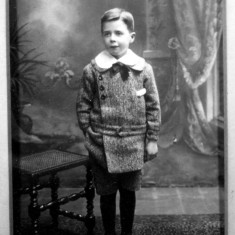 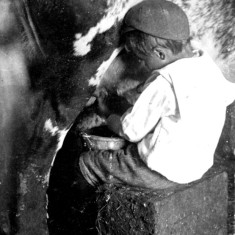 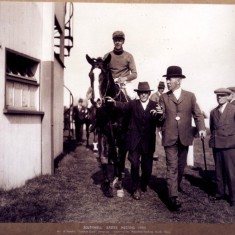 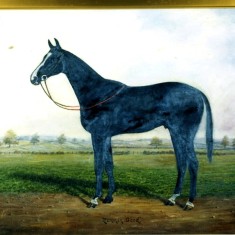 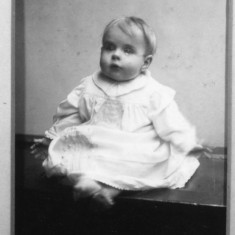 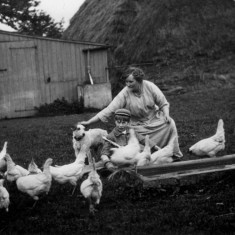 Philip and nana Lily, and "Pop", feeding the hens at The Elms

This is the story of the Marsh family who came to Bottesford in the 1920s when George Ernest Marsh, son of Thomas Marsh, bought land at the Duke of Rutland’s sale. He and his family farmed in Bottesford for many years, eventually owning three farms. Mrs Lilian Marsh gave land to the village for the Village Hall, playing field and Bowls Club in the late 1940s.

Thomas Marsh was the first of four children of a blacksmith from Averham. The youngest was Frederick Marsh who became a Professor of Theology at Cambridge. Thomas came to live at Staunton in the Vale, Nottinghamshire, where he married Mary Anne Bailey, a miller’s daughter from Balderton. They lived in a house called “Happy Land”, near the villages of Sibthorpe and Elston, Nottinghamshire, where they raised a family of four sons, Tom, George, Cyril and Agnes.

Thomas rented three hundred acres from the Staunton family’s estate. Thomas and Mary lived in Staunton where they both died, in 1910 and 1912 respectively. They are both buried in Staunton church yard.

George Ernest was born on March 10th, 1874. George left school in 1885 at the age of eleven, because of the Agricultural Depression which was causing great hardship amongst the farmers and farm workers. He was compelled by his father to take a team of two cart horses to plough. He had no idea what to do, he could not keep straight in the furrow, but he practiced and practiced until he could.

At the age of twenty five, in 1899, he married Lilian Gertrude Bramley, from the family after whom the Bramley apple at Southwell, Nottinghamshire is named. They got married at Thoroton church on April 4th. The reception was held at High House in Thoroton.

George was born on 26th March 1900 at High House, Thoroton, Nottinghamshire. The family called him Ernie as a child, because both father and son were  George Ernest. One story is that he didn’t get on too well with the rooster. He is remembered for running into the kitchen to his mother saying, “Big pecker peck, Annie, Big pecker peck, Annie.”

He attended Alverton school until eleven years of age then he went to the Magnus Grammar School in Newark, where he was one of the first boarders to attend.

During his school holidays he would take the horse and float to collect the prisoners from the camp not far from Staunton, about four or five of them, to work on the land. He would leave some at Peacock Farm, Normanton. Then he would continue one to two miles from Normanton across fields called Hospital Land, which his father rented from the Hospital Trust, and leave them at Duke’s farm. George was afraid of the prisoners because they would talk and joke in German and he would not know what they were saying. He kept a close eye on them. He would return to Staunton empty, and return again in the evening to collect the P.O.W.s from both farms and take them back to the prison camp.

In 1926 George and his brother Alec took part in a tour of Australia with a party of Old Public School boys.

George’s father bought Lodge Farm, Westborough, near Long Bennington. He gave the farm to George and Alec, and George worked Lodge Farm with help from his two brothers Alec and Philip.

George married May Brackenbury on 4th April, 1934, and lived at the Beeches Farm at Easthorpe, Bottesford, with 9 acres which he farmed until 1942. Then they moved to Acacia House, Bottesford, to share the house with George’s mother who had been widowed in 1938. She was having problems with war time evacuees from the East End of London who were wrecking her home, and had to go elsewhere.

They moved to Acacia House on a long dray pulled by a cart horse, the furniture piled up high and the two children on top, June Evelyn, born 14th July 1935 and Frederick George, born 25th February 1937.

In later years, George was generally to be found tending the large vegetable garden, mowing the long lawns, or often sawing up logs with a cross cut saw for the three fires. He would also go around the Estate collecting the rents, checking cattle, fences and crops and generally managing the 731 acres.

He was  of a serious nature and very knowledgeable about history and geography. He   usually did very well in the village quizzes and social nights at the village hall. He was the eldest son. People that knew him would say “he would pay the bills for his mother”.

Lily was the youngest of a family of four. Her father, James Bramley, was a miller who was killed in an accident with a mill stone when Lily was nine years old. Her mother was Elizabeth Cree and they lived in Balderton, near Newark Nottinghamshire. Lily left school at twelve when she went to live with her Aunt Birkett to help her in the house. Her aunt taught her to cook, clean, and sew.

George and Lily had six children, but two died as babies. Cyril, known as Siddy, died of croup aged six. There was George Ernest junior, born 1900 at Thoroton, Alec, born 1908 and Philip, born 1913, both at Charlton farm house Staunton.

Lily always dressed very smartly, changing after lunch for a smart blouse and skirt usually a grey or white blouse, fastened at the neck with her favourite gold fox and whip brooch, and pin stripe black or grey skirt, and grey woollen stockings.

Lily was widowed in 1938, aged sixty three years. At this time she was living at Acacia house Bottesford, and the youngest son  Philip was still at home. When he married in 1941 she had to have evacuees from London living  at Acacia house, they were  very rough

children  from  the East End of London they created havoc. As a result George and May  sold their farm  and brought their young family to live at Acacia house and the evacuees went else where.

She was a wonderful grandmother, but very firm. Her youngest granddaughter, Angela, would go round to Acacia House from school.  Granny would give her either pheasant and rice pudding, or a biscuit and a drink of fizzy orange pop. She  always loved to see her grandchildren and great grandchildren on their visits in later years.

She gave the wooden village hall to the villagers, she also opened the bowling green in 1948.