It stopped, but it started again. 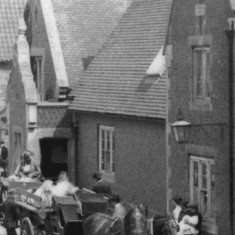 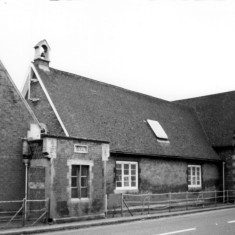 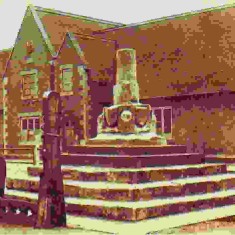 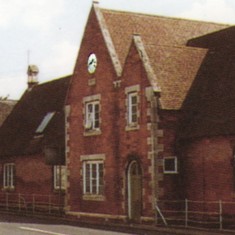 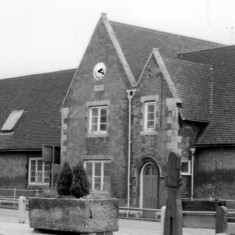 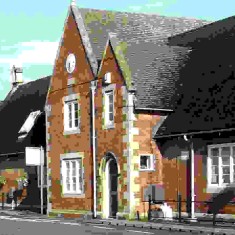 The Old Schoo building with the Diamond Jubilee clock mounted in the gable.
Kate Pugh 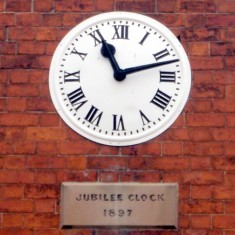 In the 1970’s the school Jubilee Clock stopped at 1.40. This was when the school was still in use and there it stayed at the same time for years.

Apparently the Parish Council had been trying for four years to get a clock repairer to come and mend the clock.

In 1977 a new Junior School was built on Barkestone Lane, next to Belvoir High School and the old school was left empty.  The only room being used is what is now called the Fuller Room, and this was used for church meetings etc.  The five remaining classrooms gradually fell in to disrepair and decay.  This was speeded up by the fact that the radiators were not drained down when the school was vacated and so with the first bad winter they all froze up and burst.

In 1980 a church group calling themselves  St. Mary’s players decided to put on a pantomime of Cinderella and rehearsals were held in what is now the library, prior to transferring to Belvoir High School for the actual production.

My brother John and I were involved in the production side and while the actors were learning their lines we became intrigued by the clock that had been stopped for many years.  We wound it up and gave it a drop of oil and much to our surprise, it worked but always stopped after running several hours, virtually to the minute.   Even though the outside hands were not working at this time there is a small clock face in the mechanism which showed the time.

Now to get the clock hands working.

The clock mechanism is mounted about twelve feet off the ground so allowing for a good drop of the weight for an eight day running cycle but the outside clock face is at a height of approximately thirty feet from the ground and is set at ninety degrees to the clock mechanism.  The drive from the mechanism to the clock face is achieved by a long connecting rod between the two but due to the ninety degree difference between the mechanism and the clock face the drive goes through a gear box This had a pin sheared in it and was replaced and miraculously the hands started turning.  It was now a question of adjusting the clock pendulum so it kept the correct time.  This meant going back to the clock over a number of days until it was finally keeping the correct time and then a weekly trip to wind it up.

The clock does not have a compensating pendulum. (One which uses different metals, for examnple a jar of mercury, to counteract changes in temperature.) This means it lengthens in warm weather and shortens in colder weather i.e. with the seasons, so every November and May there was quite a lot of fine tuning to be done on the pendulum.  Twice a year when the clocks changed for the hour I would do this as late as possible on a Saturday night which meant a visit down to the Red Lion before going into the school for the hour adjustment.

Robert Taylor the butcher, when he lived above the shop, used to give me the occasional call when the clock had stopped, because he relied on it for his early morning reminder.

When they eventually refurbished the old school and created the library where the clock was, they replaced it with an electric model so that was the end of my clock winding career.