Farewell to the Red Lion? 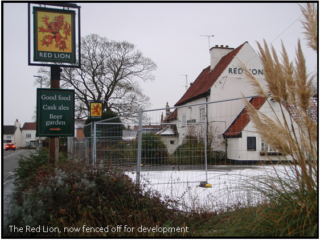 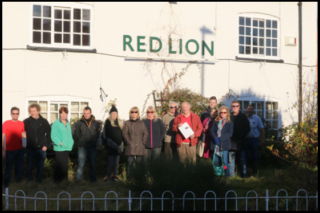 Friends of the Red Lion, 2017
facebook.com/Friends-of-The-Red-Lion 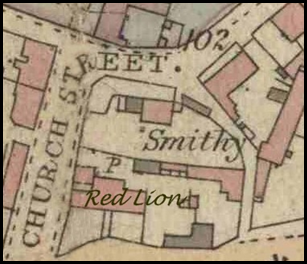 Detail of the 1884 map of Bottesford, showing the Red Lion on Grantham Road. The forge and wheelwright’s shop were in the Red Lion yard.
Bottesford Local Heritage Archive 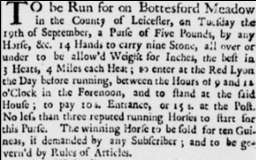 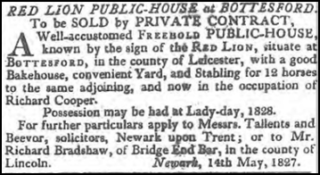 The Red Lion for sale in 1827 (from the Stanford Mercury).
British Newspaper Archive 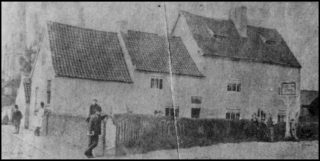 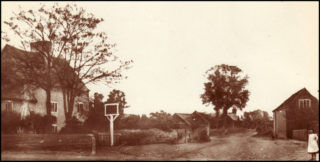 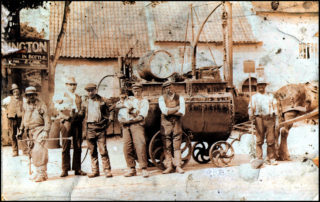 Road Gang outside the Red Lion when Ernest Lamb was landlord.
Courtesy of Mrs. Maureen Hill 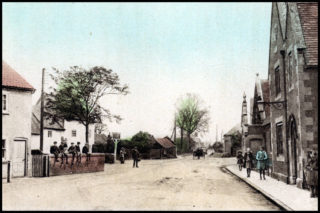 A street scene c.1920 showing Grantham Road looking east, with the Red Lion on the left and the village school on the right.
Courtesy of Mrs. Betty Smith 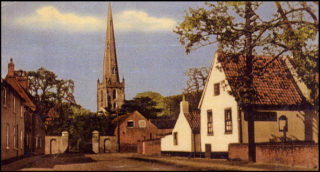 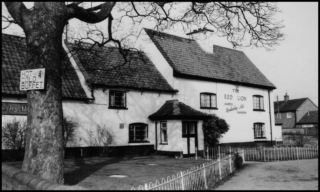 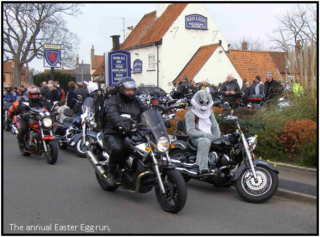 Start of the bikers' charity run from the Red Lion, sunday before Easter, 2014.
Photo by Neil Fortey 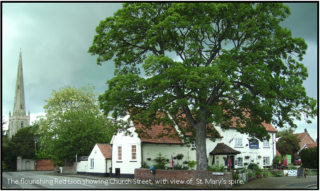 The Red Lion has been part of Bottesford life for around 300 years. The first reference we have come across is in the Stamford Mercury, September 7th 1738, but it may well have been in existence as an inn before this. It is a Grade 2 Listed building, on the corner of Church Street, part of the group of old buildings close to the medieval cross which form the village conservation area.

Since the pub’s closure, a planning application has been made that will bring its history to an end: Change of use and alterations (including demolition of rear extension and erection of new single storey rear extension) of existing public house building to form 2 dwellings, and erection of 2(No.) 3-bedroom dwellings (Planning Applications, Bottesford Parish Council ).

Friends of the Red Lion

The ‘Friends of the Red Lion’ group have obtained registration of the pub as an Asset of Community Value. They  are exploring the feasibility of running the Red Lion as a community pub. Community action has staved off the closure of the library. Can Bottesford summon up enough community spirit to keep the Red Lion going?

The Red Lion is a Grade-II Listed Building

English Heritage is the official guardian of England’s historic buildings. It states: “We are the public body that looks after England’s historic environment” and “We champion and protect historic places, helping people understand, value and care for them”.

English Heritage maintains the register of buildings judged to be of historic and architectural importance to the nation – Listed Buildings.These are “buildings that are of special interest, warranting every effort to preserve them. The whole of the building is listed, including the interior. Objects, structures and affixed to a listed building or within its curtilage may also be listed. Curtilage is an area of land around a listed building”.

The central chimney is probably a survival of the older building, possibly a farmhouse, around which the Red Lion developed. The chimney breast in the lounge bars is huge with stone linen fold pillars on the fireplace. These were uncovered during renovations carried out in the 1980s.

Licensees of The Red Lion since 1822