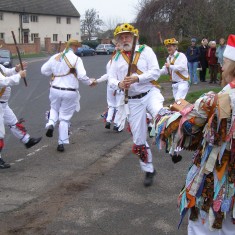 Shaking down those mince pies 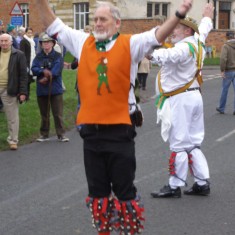 The maestro in action 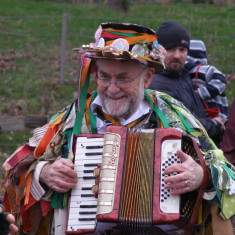 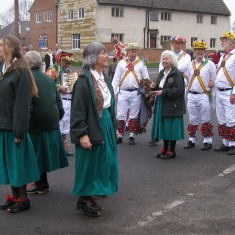 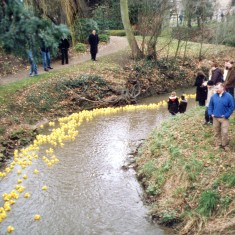 The peleton, where everyone wears the yellow jersey. 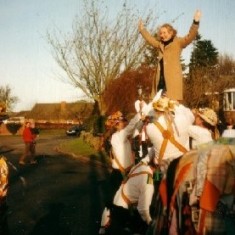 Audience participation, but don't try this at home. 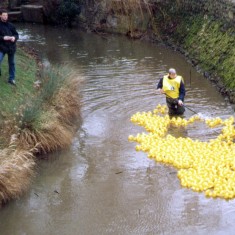 The Bottesford sweeper system in action.

The Bottesford Duck Derby
Boxing Day in Bottesford is celebrated by the annual Duck Race in which intrepid yellow plastic ducks are released at the Wash Dyke Bridge, to be carried fearlessly downstream to the ford on Rectory Lane. Each duck is ‘sponsored’ by someone from in or around the village, with prizes for the winners and the proceeds going to charity. The event is organised by the Vale of Belvoir Lions, and brings out a large gathering of local folk.

Traditional music and dance
Entertainment is provided by the Foresters Morris Men and Greenwood Clog Dancers, following the traditions of english folk dance and very much keeping history alive. Both teams have members who live in Bottesford. The costumes are colourful, the music flows with simple enchantment and everyone enjoys themselves. Long may they continue to enrich our Christmas.

The event is organised by the Vale of Belvoir Lions, one of the many fund-raising events they carry out through the year.