You are here: Home>Topics>Allotments>Horticultural Shows in the 1930s

Horticultural Shows in the 1930s 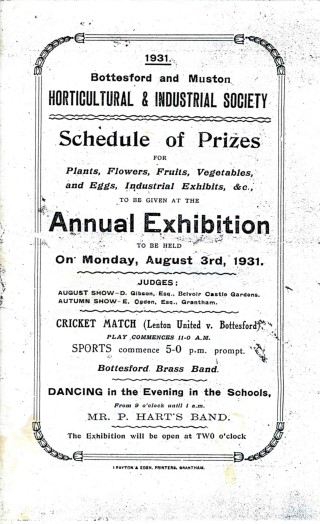 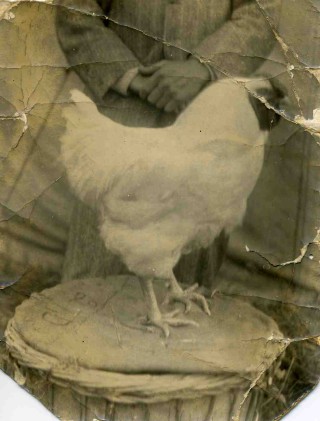 This account is taken from conversations with Mrs. Ada Bond, the daughter of Mr. Harry Bateson, the blacksmith with premises which were formerly on the Red Lion car park.

“During the 1920s and 1930s and possibly during the war, horticultural shows were held in the big room, now the library, at the school during both August and the late autumn. Chickens and rabbits were shown in those days. These were exhibited in front of the window opposite the Bull.

Competition was very fierce and to prevent any form of cheating, inspectors from outside the village would visit the allotments and check the growth of vegetables and flowers to make sure there was no deceit!”

“My father’s vegetables had to be just right. He had a business to run but he wanted to produce quality vegetables. This meant that my brothers and I had to help.

My father’s allotment was on the Rampers Field behind the School House. His allotment extended right down as far as the river. He had a raised bed for asparagus; he grew potatoes, onions, leeks, carrots, salad crops and celery that I can remember being as tall as a small person. The rhubarb was always superb – put down to good soil because Mr. Guy emptied the toilet pans on the allotments!

Almost everyone in the village entered the show because people had a garden or an allotment. The Reverend Walford entered items from his Rectory Garden on Grantham Road (new rectory and houses there now) – note that he did have a professional gardener! Entries included fruit, vegetables, flowers, jams, chutneys and wine. There were few classes for handicrafts and the children might have a class for wild flowers but classes were really for adults.”

Apparently there was much rivalry between entrants and there were inspectors from outside the village who visited  the allotments on the Rampers Field to ensure fair play. There was particular rivalry between professional gardeners in the village (for example, Mr. Bob Sutton, who was gardener to Dr. Martin, and Mr Bill Sutton, gardener to the Reverend Walford).

“Rabbits and poultry were shown and my father excelled in the poultry class and won medals. He raised Wyandottes and Rhode Island Reds. He had an incubator for hatching eggs which was kept in his greenhouse in the garden of their cottage, just across from the school. The greenhouse was heated with coke which he fetched from the gas works. The boiler was outside and it heated pipes inside which were installed along the sides of the greenhouse.”

Mrs Bond also recalled that the greenhouses at The Vineries on Belvoir Road and at the Baggleys on Nottingham Road were heated in the same way and Mr. Bateson, as a blacksmith, would repair the boilers at the nurseries.

“Jackson Miller lived on Queen Street and brought up Edie Wells who worked at Winn’s shop with Miss Rayner. He had an allotment and grew vegetables to be sold at Nottingham market on a Wednesday. He would get up at dawn, to gather mushrooms and blackberries-the food was fresh.

A Mrs. Short lived at Aslockton Hall then and she shopped at Jackson Miller’s stall. She needed a maid, asked if he knew of anyone in Bottesford and Mr. Miller mentioned it to my father. He was prepared to buy me a bicycle to get me to Aslockton and the new job!”