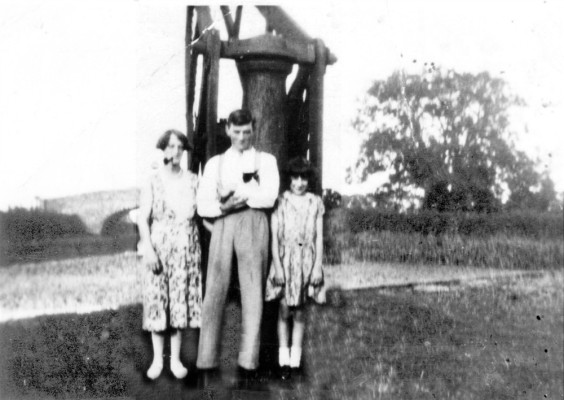 Old photo of the Brewsters family at Muston Gorse Wharf on the Grantham Canal. Dorothy Brewster is the child. Behind is the former Muston Gorse canal bridge, since replaced by a flat access bridge when boat traffic ceased. The structure is part of the crane used to transfer goods between boats and the Belvoir Castle tramway whose lower terminus was at the wharf.