You are here: Home>Tags>Archive>Bottesford Local History Archive>Pictures from Mr Melvin Bradbury's collection>Mineral line bridge over A52 at Muston

Mineral line bridge over A52 at Muston 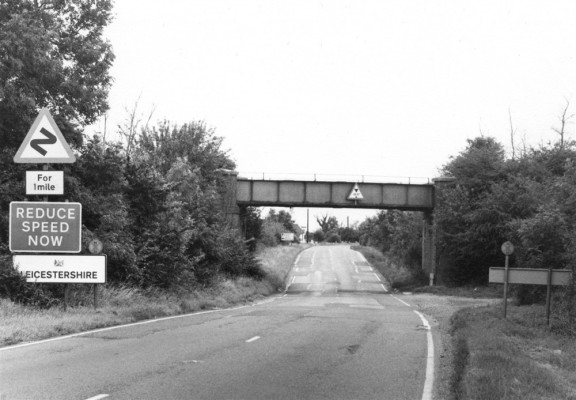 The bridge carried an ironstone mineral line over the A52 main road from Nottingham to Grantham. At this time the road went through the centre of Bottesford, where it caused congestion and damage to the village, and then passed Muston via a series of curves known as the ‘Muston bends’ which reputedly were the scene of several accidents. The bridge was probably an additional hazard owing to its limited height and width. The line over it connected the through railway with ironstone quarries at Woolsthorpe and, later, around Harston, and was open until the early 1970s. The bridge was demolished on September 12th 1982.

The signpost seen beyond the bridge marks the turning into Muston village at the corder where the Muston Gap public house is located. The A52 was straightened and the bridge dismantled in the late 1980s, during contruction of the A52 Bottesford bypass which is still in use today.