You are here: Home>Places>Streets>Market Street>More About The Old White House

More About The Old White House 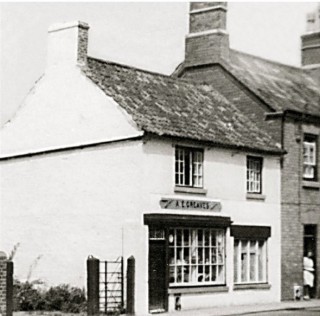 I lived in the old white house in the 1950’s. At that time it was split into two properties, with only locked doors to seperate the two. There was an outside “bucket” toilet and hot water was provided by a copper that had to be fired up in the outside washhouse. Friday nights for a bath by the fire in the kitchen (Dad first) and Mondays for washing day.

I have the family rooting round for photos. I know there used to be a couple in existence, one notably with all the trophies won by the Bottesford football team in the late 50’s (I think). My Dad used to be Chairman of the club. Amongst others, Sergeant Wright, the local police sergeant, was on the committee. There is a tale that, one Friday night meeting was held by my Dad, in the tin bath, in front of the kitchen fire, with the committee sat around him. In those days, the team used to take at least three Lambert’s coach loads, full of supporters to away matches. The demise of the shop window was a pity. As far as I remember, it always had a wonderful “bow” front to it. Certainly gave it a bit of character!

At that time, my father had a shoe repair business, the large front window being his showcase for all the latest footwear. I had occasion to stay in the house when it was a B&B and even though much had changed, many happy memories came flooding back