You are here: Home>Topics>Environment>Winter snows 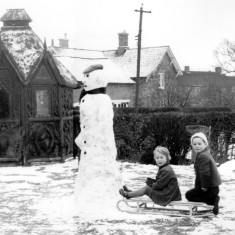 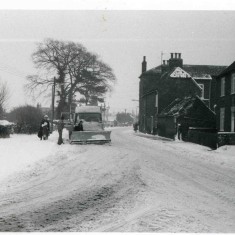 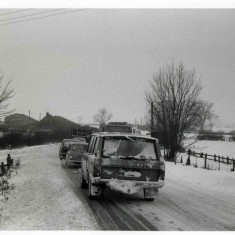 Opening of Nottingham Road after the 2 day 1979 snow closure 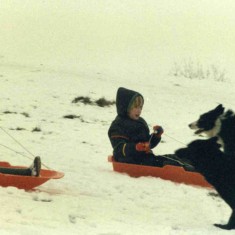 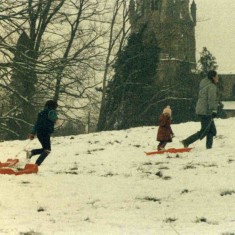 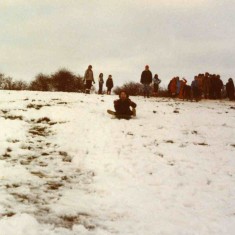 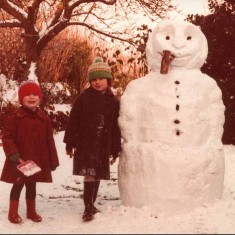 He melted the next day
Just enough snow for a snowman. Muston Cross 2006

1947 was the snowiest winter ever recorded.  Blizzard conditions cut off large parts of the country and when the thaw finally came, it brought record floods.

1979, the so-called political ‘Winter of Discontent’, saw savage snows and frosts made worse by the strikes, power cuts, and fuel shortages.

The photographs show the first snow plough to arrive after heavy snowfall isolated Bottesford from the outside world two days in the second week of February 1979. One bonus was that in the pre-bypass days the village enjoyed the tranquillity of traffic free conditions.

1987 was also a severe winter with the local schools closed for four days in the first week back after Christmas. The children enjoyed an extended holiday that year.

Please do get in contact if you have other photographs of Bottesford winters.