The Cross and Church Street 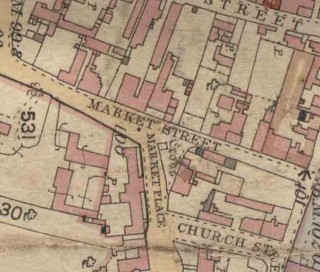 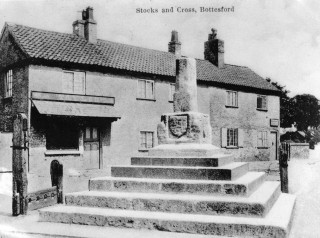 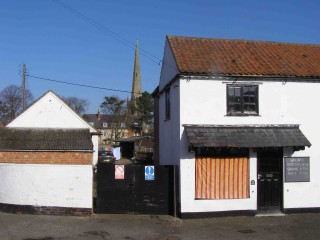 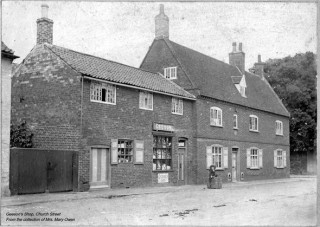 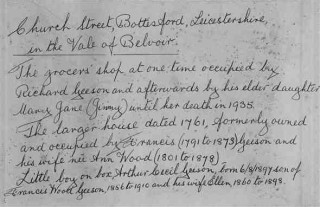 Details on the reverse of the Geeson Shop Photograph 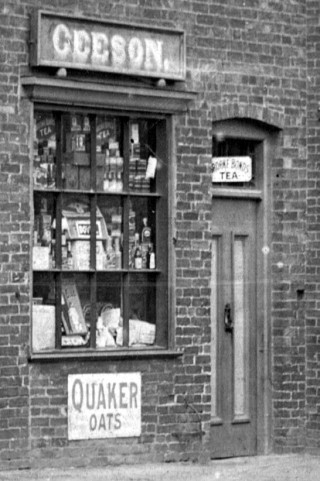 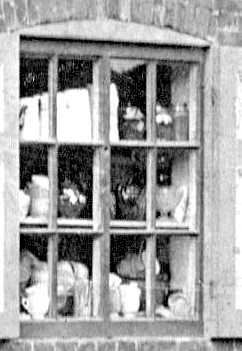 Hardware and crockery in the left window 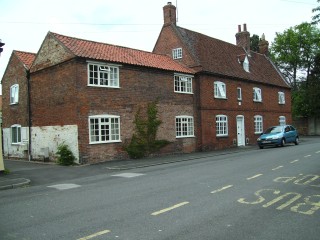 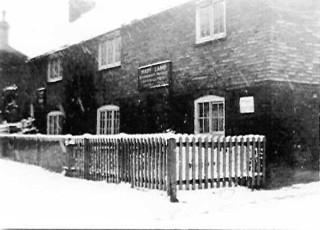 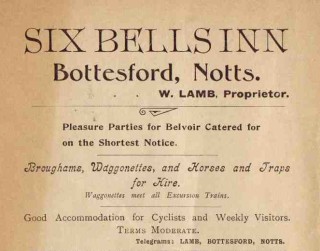 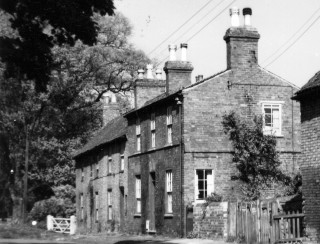 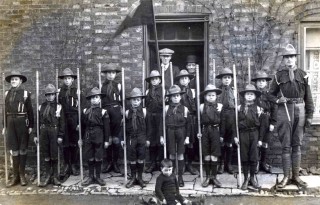 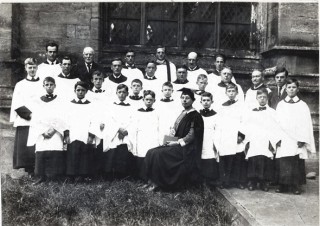 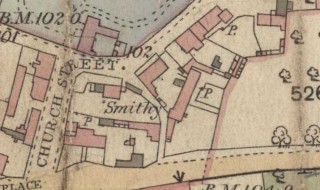 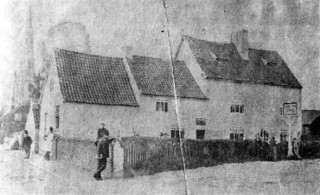 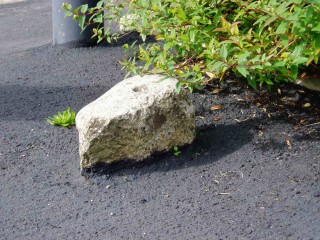 Formerly known as the Market Place, this section of the road is now known as The Cross. Directory and census entries indicate that there were shops there at the turn of the 20th century. However, there are difficulties in interpreting these entries. For example, in the 1851 census the enumerator did not take account of the streets as we know them today. Any households that were at The Cross and on Church Street were all classed as High Street, making it difficult to place them. Similarly in 1863 it is difficult to place trades and shops in this part of the village because the names of the streets vary according to who provided the entry in a directory. In 1863 the High Street could have continued as Market Street.

However in 1877 and 1880 John Fryer, a butcher and John Sutton, a grocer and grazier (and a glover in the 1851 census) were entered in directories. These were the only two trades with addresses in Market Street which were known to be at The Cross. The 1881 census also listed two households.

In 1899 and 1900, Arthur Taylor and Robert Taylor were butchers and John Sutton had a grocery business. It has been mentioned that the shop smelt of candle-wax because candles were made there. William Sutton, relative of John Sutton, had a grocery on the High Street. He had been a fellmonger’s apprentice in his youth. Fellmongers dealt in skins and hides and by-products such as animal fats. John Sutton may have used the fats produced by William Sutton for candle-making. Mrs Ada Bond (nee Bateson) was born in 1919 at the premises that was formerly Sutton’s grocery. She recalls that John Sutton was a candle maker.

In 1908 and 1916 Arthur Taylor still had the butcher’s shop but by 1928 the Sutton’s shop was now the home of Henry Bateson, a blacksmith, who had a smithy on what is now the Red Lion car park.

According to The Book of Bottesford, Arthur Taylor was able to purchase his shop and slaughter house in the Duke’s Sale in March 1920. In 2008, the Taylor family still have a butcher’s business at the Cross.

In 1877, Richard Geeson had his grocer’s shop on Church Street opposite ‘The Red Lion’ and by 1880, he was not only a grocer, but also an assistant overseer and assessor of taxes. In 1899, the Geeson shop was kept by Mrs. Elizabeth Geeson, followed in turn, until the mid 1930’s, by Miss Mary Jane Geeson and Miss Annie Geeson.

Michael Honeybone mentions in the “Book of Bottesford” that at the end of the 19th century, the price of butter for villagers was set by the Geesons at their shop.

The photograph of Arthur Geeson was taken in 1902 in front of the family shop. Apparently Arthur was under age when he joined up during the First World War, the age for active service being 20.

The window on the right are clearly displays grocery items.

However the window on the left appears to have hardware on display. Was this a separate business and if so, whose premises were they?

When the Geesons stopped trading, the shop was taken over by Harry Grant who had a shoe shop and shoe repair business. It is still possible to see where the doorways and windows have been bricked in.

According to Drake’s trade directory 1863 William Marshall had a beer-house in Church Street. In 1877, William Aukland sold beer at the beer-house (on Church Walk in the 1891 Census). By 1899, the beer-house had become The Six Bells, with William Lamb the publican. (In the 1901 census he was also described as a joiner). In 1908, William Lamb was still the publican but by 1916, William and Mary Lamb were running Lamb’s Tearooms there. By 1941, the building was a private house still lived in by members of the Lamb Family.

A more detailed history of the Six Bells can be found by clicking on the following page –  Six Bells – A lost Ale House.

In 1877, William Cobley, a cattle dealer lived in Church Street, as did Frederick Skillington, a rag and bone merchant and Job Taylor, a boot-maker. By 1880, Francis James, a blacksmith, was also listed. In 1899, James Dawson was a blacksmith, ‘near Church Street’, John Hardy was parish clerk, sexton and town crier, living on Church Terrace and Job Taylor continued his boot and shoe making.

It is difficult to say whether these gentlemen did business on Church Street. They may have occupied the three cottages situated by the river. These now demolished cottages were also occupied at different times by the Burnetts, the Blakeys and Miss Hatton. Mr. Bob Sutton and his family also lived in one of these cottages during the forties/fifties.

19th Century maps show the location of the ‘Smithy’ on what is now the Red Lion car park.

The remains of what could have been a mounting block can still be seen near the east end entrance of the car park.

In the 1901 census, there were 13 households on Church Street which included Francis James as a retired blacksmith and his daughter Ellen (Nellie?) who was a private school mistress. Where Francis James, the blacksmith lived is uncertain. However, in the forties and fifties, Miss Nellie James and Miss Beatrice James lived at no. 6. Miss Beatrice James played the organ at church and gave private music lessons. Further details of the people in this photograph can be found by clicking on  – St Mary’s Church Choir – c 1920

Bottesford was self-sufficient in nearly all that was needed for daily life during the nineteenth century. One of the more unusual occupations was that of master watchmaker.

The 1851 census shows that the Lewty family lived in Normanton. James Lewty was born in Nottinghamshire in about 1821/1823. He was recorded in the census of 1851 as being a master watchmaker and finisher and living on the High Street. Frances, his wife, was born in 1826 in Redmile.

In 1900 James Lewty is recorded as being a watchmaker and a clockmaker on Market Street but by 1901, only Elvira is alive and living on Grantham Road and still a dressmaker. Accounts vary as to where James Lewty lived but it is thought to be near to the Cross.