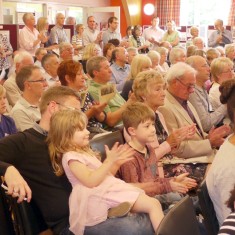 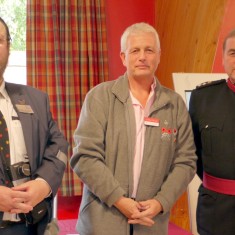 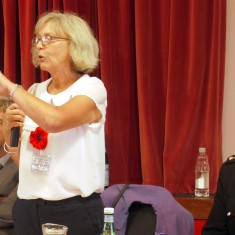 Sue Meech opened the proceedings and introduced the speakers 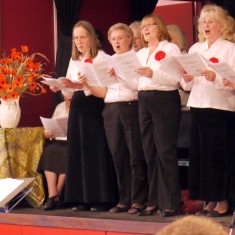 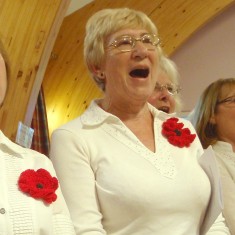 Singing their hearts out 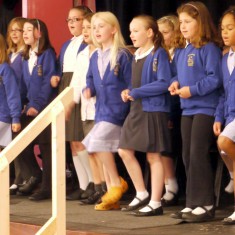 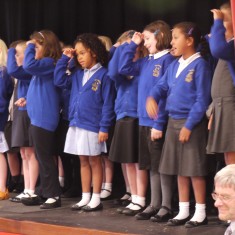 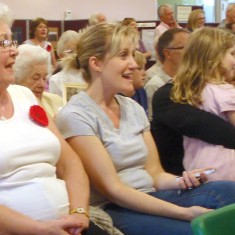 The audience and choirs sang together 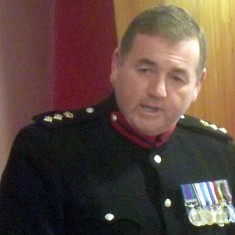 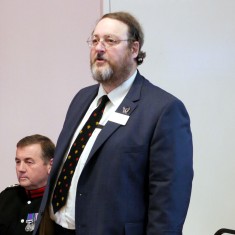 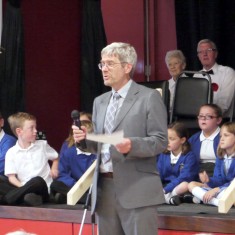 41 poppies - one for each person who did not return. The Choirs and the Project Coordinator David Middleton. 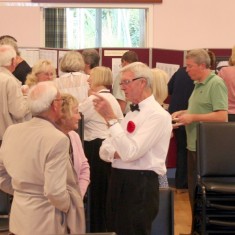 Refreshments and animated conversation after the singing and speeches 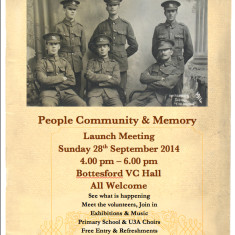 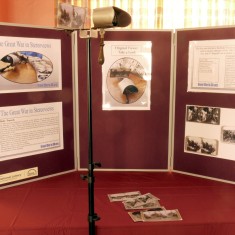 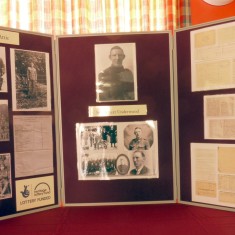 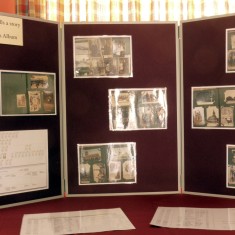 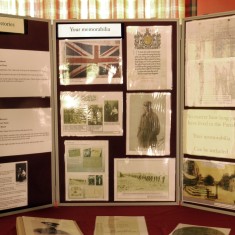 Your stories and memorabilia 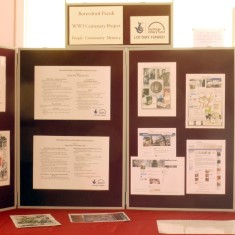 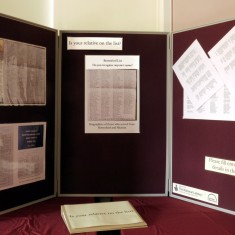 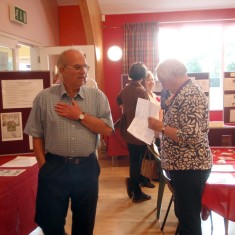 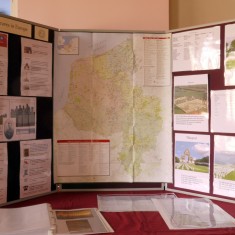 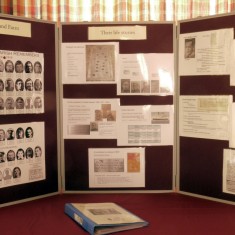 Names and faces - their stories 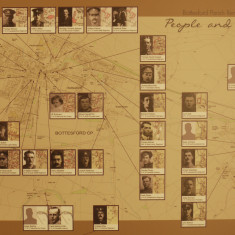 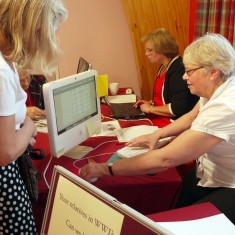 Helping people to trace their relatives in WW1 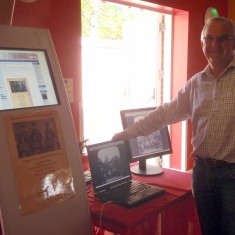 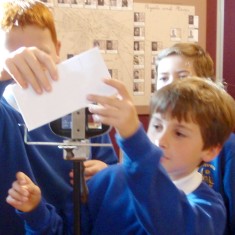 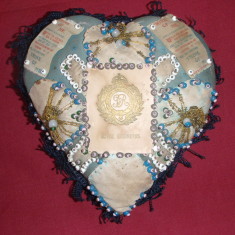 It was standing room only in the village hall when the Bottesford Parish 1st World War Centenary Project launch opened on Sunday 28th September. The hall was packed with people of all ages, both local and from as far a field as Torquay, who had come to find out more about the project, make their contributions and pay respect to the 1914 -1918 generation.

The U3A choir sang their hearts out and the children of Bottesford Primary School delighted and moved the audience with their medley of songs from the First World War.

Audience and choirs came together in a rousing rendering of ‘It’s A Long Way to Tipperary’ and ‘Pack Up Your Troubles’.

Then the notes of the Last Post rang out, played by bugler Geoff Soar, followed by a minutes silence and the Reveille. The Colonel Murray Colville read Laurence Binyon’s words,

‘At the going down of the sun and in the morning,

We will remember them.’

The Deputy Lord Lieutenant, resplendent in his uniform complete with spurs, spoke of the County’s commitment to projects like this which both honoured those who fought and died, educated and informed the young and brought communities together.

Professor David Stocker expressed his admiration for the preparation which had gone into this event, which he said was one of the best attended he had seen and exactly the kind of outcome the Heritage Lottery Fund hoped for.

Project Co-ordinator David Middleton explained the aims of the project, which would focus on people, putting faces to the names of those who fought and researching and learning about their lives and deaths. The project would also explore the impact of the war on the life of the community and finally, as an act of communal remembrance, become part of the shared story of the Parish.

When the chairs were cleared away the audience were able to examine the displays, talk to the project team and enjoy a splendid array of refreshments provided by the W.I.

What is happening and Inviting participation

• Learn about the project

• Their stories and memorabilia

• Your stories and memorabilia

• Let us know about your family in WWI

Please make suggestion and fill in the feedback sheet

Join the volunteers – All welcome

Thank you for giving your time