You are here: Home>Places>Easthorpe>The Mill House 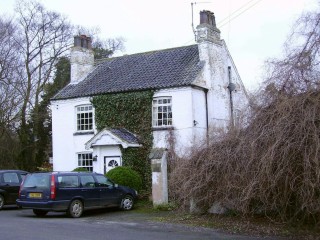 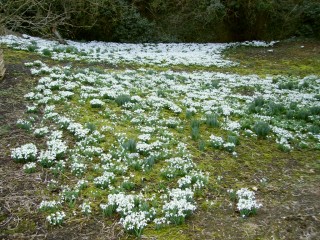 Snowdrops in a Bottesford garden 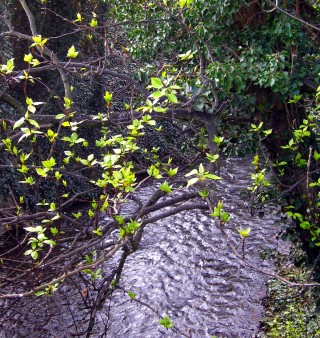 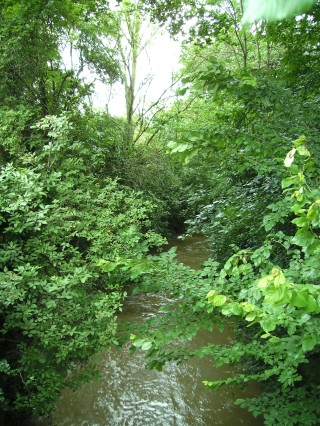 In September 1940, my father’s office was moved to Hatch End in Middlesex and we went with him to live in a flat over his offices. As he was in a reserved occupation, he became an Air Raid Warden and Firewatcher where he met Mr Dean and his family.  Our family was frequently asked to join him to go sailing in the local Lido at Rickmansworth, where several families had small sailing dinghies. Mr and Mrs Dean had two children, Robin (about my age) and a younger daughter, Marigold.

In May 1944, my father was moved to join the company’s head office in Nottingham – Raleigh Cycles. Just before our family moved, Mr Dean and his family also moved to Nottingham. Being all of us strangers in a new location, our families often met up. Mr Dean bought a converted lifeboat and we often spent time on the River Trent.

Then, in about 1945, Mr Dean and his family moved to The Mill House, Bottesford.  As Robin and I were the same age, I was often invited to join the family and we had a great time – playing ‘cricket’ in the potato field and playing ‘Sardines’ in the stables and the old water mill. I believe flour was still milled, but am not sure about this.

The River Devon was a great source of amusement and we rowed up and down the river in the dinghy which belonged to their converted lifeboat. We often took picnics out, but we didn’t go far.

They kept pigs and one day when we were let in to have a look at the piglets, which were only a few weeks old, one of the old sows forced the gate open a little and many piglets got out. It took us a long time to find them all! I remember we were blamed for letting them out but we hadn’t a chance against the old sow!

The pigs soon paid for themselves. One day when I visited, there was a home made pork pie and the lard was used to make the pastry! The remainder of the pig that had been killed was tinned by Mrs Dean, who was surprised that ‘ordinary people’ could do this but had been told that small ‘canning machines’ could be purchased.

Mr Dean was a lay preacher for the Methodist Church. He suggested that they purchase a Projector to show films for the villagers to watch. Evidently many a happy hour was passed and it certainly paid for itself.

Can anyone tell us more about the mill and its occupants?