You are here: Home>Places>Easthorpe>A Saucy tale - from Easthorpe to the Houses of Parliament

A Saucy tale - from Easthorpe to the Houses of Parliament

Did you know that HP Sauce came originally from Bottesford? 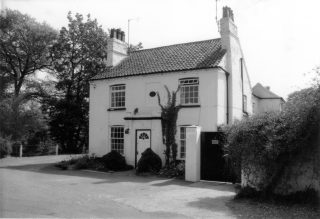 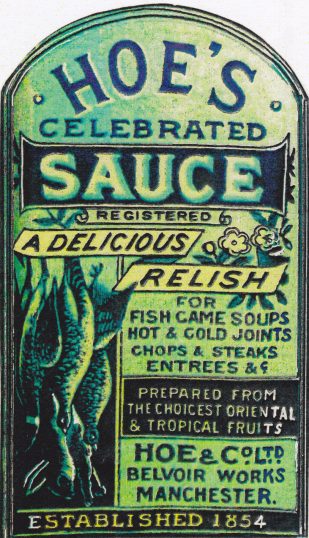 Facsimile of the Hoe's Sauce bottle label from about the time of the First World War.
tommyspackfillers.com 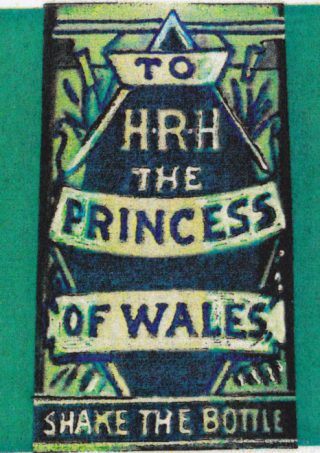 Facsimile of the bottle-neck label of Hoe's Sauce about the time of the First World War.
tommyspackfillers.com 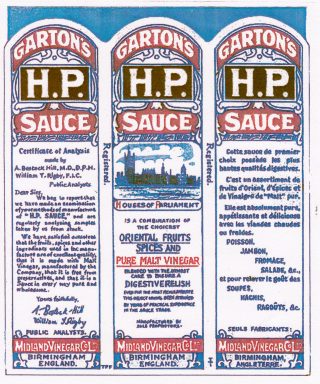 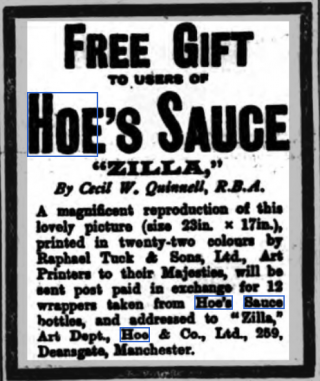 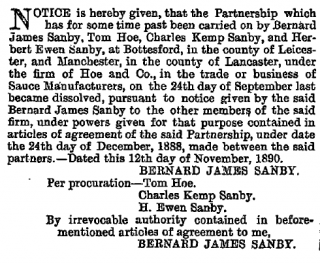 The notice from the London Gazette 18th November 1890 recording the winding up of the Hoe-Sanby partnership.
Thanks to Diana Honeybone for providing this information.

HP Sauce has long been a staple of the Great British cuisine, but where did it come from?

Emrys Bryson wrote, in the Nottingham Evening Post, 1992, that “It was a Nottingham man who invented HP Sauce, a shop keeper called Garton who sold the recipe for his delicious sauce to Samuel Moore proprietor of a Midlands vinegar company in lieu of a debt”. He added, a week later “Mrs Y G Coleman of Bottesford goes a step further and quotes the view of her parents that HP Sauce was first produced by a Mr Hoe, a Bottesford man who made it in a shed in his house known as The Tea Gardens and now called Bridge House. He sold it to the Nottinghamian”. In addition, a Miss Hall told The Post that “the Bottesford Trade Directory of 1984 includes references to Hoe Brothers, Sauce Manufacturers, and David Hoe, of Hoe Brothers”.

Michael Honeybone, in The Book of Bottesford, wrote that in the latter part of the 19th century David Hoe set up a sauce works near Easthorpe Mill producing Belvoir and Bengal Chutneys “patronized by the Prince of Wales and the Duke of Rutland and members of the Melton Hunt”, and it was probably him or one of his sons that sold the recipe to Garton, who in turn sold it to the Midland Vinegar Company along with the famous Houses of Parliament label still in use today.

David Hoe’s wife, Mary, died in 1850, aged 69, when her husband was already 73: he died in 1868, aged 91. Their son Thomas and his family continued running the brickyard and other lines of business. They are mentioned in several county trade directories, but nowhere as ‘sauce maker’ or anything like that (except for the 1984 [was this a ‘typo’ that should have been 1884?] directory quoted by Miss Hall). It may be that David and Mary Hoe started producing their sauce in the 1840s, and that the opening of the railway in 1850 gave them a boost by making it easier to obtain raw ingredients, perhaps supplied by grocer and provisions merchant Frederick Gibson Garton in Nottingham. Garton could have persuaded David Hoe to start making the sauce at his premises on Arkwright St in Nottingham, and later bought the recipe, but not the brand name.

Garton would have had to give his version of the sauce a distinctive name. Wikipedia reports that he registered the name H.P. Sauce in 1895, on hearing that it was served in the Houses of Parliament. He sold the formula and HP name to Edwin Samson Moore of the Midland Vinegar Company for £150 and settlement of unpaid bills. Since then, the brand has changed hands several times, but is still on sale in the UK and round the world. In the 1960s, HP Sauce became known as “Wilson’s gravy” after Mary Wilson told The Sunday Times that, “If Harold has a fault, it is that he will drown everything with HP Sauce.

Just remember, when you add HP Sauce to your plate, it was first created in Bottesford!

The Hoe family retained the Hoe’s Sauce brand name. In 1888, the Hoes went into partnership with Sanby brothers from Manchester as Hoe & Co. Ltd, but this was dissolved only two years later. Nevertheless, the company continued as Hoe & Co. Ltd, and Hoe’s Sauce was manufactured at the Sanbys’ “Belvoir Works” in Stretford at least until the 1920s. It helped feed the troops in the Boer War and in the trenches of Picardy. Hoe & Co. Ltd. was still active in December 1929, when for instance they advertised for a “First-Class Representative” to join the firm, but from 1930 their sauce adverts in the Manchester Evening News appear to have ceased, suggesting that they went under during the Great Depression. There have been attempts to revive it during and after the Second World War. In correspondence published by the Daily Mirror in 2012, Mr David Wallwork wrote, “A hoes Sauce originated from Heywood Farm, Greater Manchester, in the early 1900s. The label featured a goose carrying a bottle. It was taken over by Norco Pickles, in Pendlebury, where I worked as a delivery driver. It was then bought out by Pandora Pickles, based in Middleton, in the late 80s. But I haven’t seen it for sale in recent years.”

The Hoes were an enterprising village family whose occupations ranged from brick and tile making, wheelwright, carraige maker, painter and decorator, railway porter, publican/innkeeper, photographer, excise men and yeoman, not to mention the sauce and chutney enterprise at Bridge House.

Baptism records indicate that David Hoe was born in 1778, baptised on the 14th September at Long Clawson, Leicestershire. He married Mary Hollingsworth at Bottesford on the 23rd November, 1807, aged 26. In 1841, their household comprised David, Mary, and children Ann 30, John 25, James 20 and Ellen aged 19.They also had an older son, Thomas, then aged 33. They probably stayed in Bottesford until Mary died in 1850, but in the 1851 census David, now 72, a “former innkeeper”, was with son James, also an innkeeper, and his wife Ellen, at North Collingham, near Newark. Mary and David Hoe are buried at Bottesford: Mary Hoe, died on the 23rd March 1850, aged 69; David Hoe died on the 7th March 1868, aged 91.

Their oldest son, Thomas, was baptised on the 4th December, 1808. He was married on the 10th March, 1831, to Harriett Pool of Bottesford, and died in September, 1888, at Bottesford, aged 79. In the 1851 census, Thomas and family lived on Grantham Road, Easthorpe. This was probably in what is today known as Bridge House, then the first house on the old Grantham Road, which started at Washdyke Bridge. The household comprised: Thomas Hoe, 45, a brickmaker employing 3 men and 2 boys, and Harriett 41, with their children William 18, David 16, a railway porter, Harriett 14, Tom 11, Markham 9, James 7, Elizabeth 5, Kate 3 and Edward 1. Ten years later. Tom (now a bricklayer), Mark (a painter), James (a butcher) and Elizabeth were there, and also Frederick, their youngest, aged 9. William and David had left home; Kate and Edward were not recorded and might have died. In 1871, Thomas and Harriett were still at the “cottage next to the water mill” (Bridge House), with sons David and Tom, but by 1881 all the children had left home, leaving Thomas and Harriet in their seventies in retirement: Thomas’ brother John, describing himself as a “yeoman”, with his wife Ann were at 24 Queen Street.

In 1891, it was Tom Hoe, painter and decorator, and his wife Mary Elizabeth (b.1846) living at Bridge House. It was he that in 1890 agreed to end the Hoe’s Sauce partnership with the Sanbys established only two years earlier in 1888. They were still there in 1901, but none of the family remained in Bottesford by the 1911 census. John and Ann Hoe were still living on Queen Street in 1891: he now described himself as a “retired excise officer”.

Footnote: It is worth adding that Bridge House has also been known as Devon House and as The Mill House (as described in Mrs Denise Cave’s teenage memories). During the interwar period, it was the site of Allen’s Tea Gardens.

Footnote: Does anyone have the Bottesford Trade Directory 1984 or know where we can get hold of a copy?