You are here: Home>Places>Streets>Queen Street>Rules and Instructions for the management of the Baptist Sunday School, Bottesford

Rules and Instructions for the management of the Baptist Sunday School, Bottesford

Instituted in the year 1844 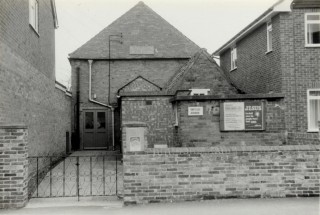 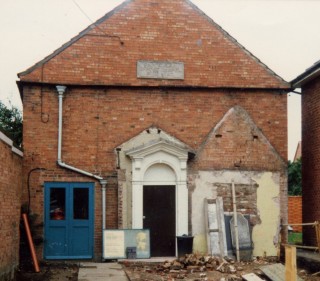 During renovation - the original doorway uncovered. 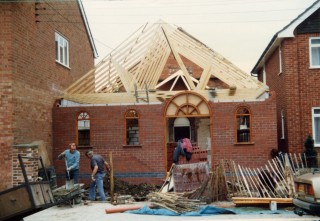 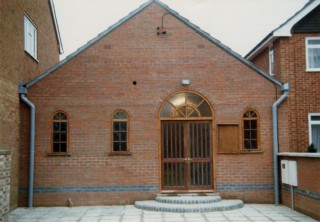 The new extension and entrance.

The objects this institution have in view are to instruct the children of the poor in the first rudiments of knowledge; and which is of the principal importance, to unfold to their minds the truths contained in the Word of God “which is able to make them wise unto salvation”. Hoping these truths, being attended by the influences of the Holy Spirit may be rendered effectual in making them useful members of society and ornaments to the Christian profession thus establishing the truth of the axiom “train up a child in the way he should go, and when he is old he will not depart from it”.

But in order to the effectual accomplishment of this valuable object, it is of the utmost importance that those who sustain the office of Sabbath School Teacher should be persons of the most extemporary moral conduct, and it also highly desirable that they should possess the vital powers of religion in their hearts, that they be enabled to recommend it to the children of their care, from an experimental acquaintance with its virtue and its value. They should possess an aptness to impart spiritual instruction in the most simple and endearing manner, inculcating upon the children the duties they owe to God, and the obligations which devolve upon them especially in their various relative associations. And all our instructions should be seconded by a most uniform, serious and consistent deportment, that the children may discover in our example such conduct as shall give force and energy to our precepts. Let us carefully avoid all unnecessary talking or laughing with our fellow teachers whilst at school – and especially speaking disrespectfully of any one of them in the presence of the children; or whatever would tend in the slightest degree to injure their authority amongst them. And whilst we seek to promote the prosperity of the school by submitting to necessary discipline ourselves, let us invariably enforce upon our scholars a due conformity to order and regularity. Let each of us seek, in this particular, to set our fellow teachers such an example as shall be worthy their emulation. Above all let us seek the salvation of the souls of our charge, nor conceive our object obtained, until we discover some indications of their seeking peace and pardon through the blood of Jesus Christ.

First : that this school shall be governed by a Patron or President, a committee and the teachers.

Second : That a general meeting of the teachers shall be annually held before the first Sunday in January at which meeting shall be chosen three Superintendants, one Secretary, one Teacher, and two visitors from amongst the Teachers after which a committee shall be formed consisting of the before mentioned officers together with three teachers then elected, to direct the affairs of the institution for the ensuing year.

Third : that quarterly meetings of the Teachers shall be held before the first Sunday in January, April, July and October when a report of the state of the school shall be read, the accounts balanced, and the book laid open for the inspection of the teachers – teachers on trial shall be fully admitted if approved, and teachers admitted on trial together with any incidental beliefs relative to the interest of the school. The committee shall have powers to call an additional meeting if circumstances render it needful first giving timely notice of the same.

First : that he shall attend the school a quarter of an hour before the service of the school commences.

Second : that he shall open the school with singing and prayers, but it is recommended that he divides the religious duties with the teachers.

Third : that he shall superintend and enforce the discipline of the school, appointing the teachers to their respective classes, he shall give the necessary orders for the changes of teaching and consider himself responsible for the good order and management of the school.

Fourth : that he shall have the power to suspend the labours of any teacher engaged in the school; but not to exclude without bringing the case before a meeting; any teacher feeling aggrieved shall have a right to appeal to the committee either before or after a quarterly meeting.

Fifth : that he shall keep the books in good order and see the classes are regularly supplied with them: procure a suitable supply of new and **** books, catechisms, and every other requisites for the use of the school, approved by the teachers or committee.

Sixth : that he should deliver an address to the children once a month, or procure someone to do it for him, he is also expected to attend all the meetings belonging to the school.

First : that children who are five years of age and upwards, may be received into this school.

Second : that they are required to come to school clean washed, combed and decent as circumstances will allow at a quarter past nine o clock in the morning and at quarter past one in the afternoon.

Third : that when dismissed after teaching they must go directly home without loitering or playing in the street.

Fourth : that if any of the scholars be guilty of lying, swearing, pilfering, talking in an indecent manner or otherwise misbehave; if after repeated reproof, and the evil of such conduct pointed out; no reform takes place, the scholar cannot be suffered to remain in the school.

Fifth : that if any of the scholars have been discharged form the school by a superintendent, he or she cannot be admitted but at a quarterly meeting, to whom the parent or guardian has liberty to appeal through the medium of the secretary.

Sixth : that books belonging to the school, are not to be taken out by the children, without leave from the superintendent.

Seventh : that when a scholar is withdrawn from the school, its parents or guardian to return thanks for the instruction received; neglect of which will debar from redemption.

That they shall visit during the week every scholar entered on the absentee report; and present it the following Sabbath with the cause of absence to the secretary, and it is recommended that they present the report to the monthly meetings.

First : that he shall attend at the time appointed for the Superintendant

Second : that he shall deliver the books and class papers to the class teacher of every class

Third : that he shall enter the name and age of every child admitted into the school, or dismissed from it, together with the name, residence and occupation of the parent or guardian in a book provided for that purpose.

Second : that they shall strictly conform to every regulation which is now or which may be hereafter adopted and see them carried into full effect in their class.

Third : that they shall consider themselves as placed under the government and direction of the Superintendant who shall dispose of their services in the best manner for the general good of the school.

Fourth : that they do not inflict bodily punishment but behave in the most gentle manner possible, consistent with the authority of a teacher; and not only on the Sabbath; but as they have opportunity by their attentions during the week; that they study to further the improvement, and gain the affections of their scholars. In short, considering the school as resting on their individual exertions, they will feel it is their duty (both in regard to the scholars and those engaged with them in the work) upon all occasions and by all means, by the most exemplary moral conduct, by the exercise of a spirit of forbearance, humility, diligence and zeal to promote the arder (ardour?), discipline and prosperity of the school at large.

Fifth : that they bear-with reproof when necessary if they observe in the conduct of anyone of the teachers that which they consider improper; fail not to communicate the same in a spirit of meekness and love privately to the individual.

Sixth : all persons inclined to become teachers shall make known their intentions to a Superintendant, who shall report the same at the next quarterly meeting, when if they are thought proper persons, they shall be received on trial for three months, and if then approved, shall be fully admitted.

The school is opened with singing and prayers, and in the afternoon a chapter is read out of the scriptures. The scholars are divided into classes of eight each; one half of the reading classes spell on the book, and of the book, during the time the other half read; after which they change books with each other, and read and spell on the contrary.  A short time is allowed for catechism. And then arrange for Divine worship. In the afternoon of the first Sabbath in every month an appropriate address shall be delivered which must occupy at least fifteen minutes.