The Natural History of the Vale of Belvoir.

By the Reverend George Crabbe, Rector of Muston, with contributions from William Mounsey, Curate of Bottesford.

Title of Crabbe's Natural History of the Vale of Belvoir, with a poem by Drayton. Crabbe, at the time Rector of Muston and East Allington, was a contributor to Nichols' History and Antiquities of the County of Leicester, but he also used samples and information gathered by William Mounsey, who was curate of Bottesford at the time. The extent of Mounsey's contribution is not clear.
Neil Fortey 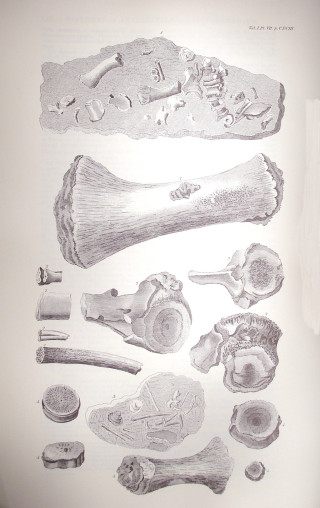 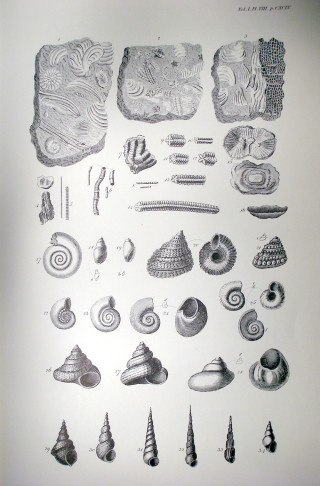 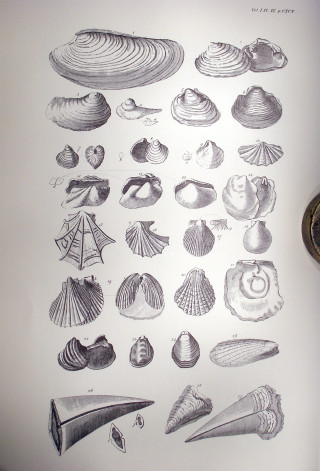 This post presents the Natural History of the Vale of Belvoir by the Reverend George Crabbe.

The pages have been photographed and, rather than display each separately and probably difficult to read, they are attached as a PDF file: go to the link at the bottom of this post. The title and illustration pages are also shown individually.

The website contains an extensive section on the life and work of George Crabbe:

This post is also an update on an earlier post which described the ‘Natural History’ in the context of what we know about the life of William Mounsey:

Finally, it should be added that 2015 is the bi-centenary of the completion of publication by John Nichols of the completed History and Antiquities of the County of Leicester, which is a cause for celebration.

The pages have been photographed from Volume 1 Part 1 of John Nichols’ The History and Antiquities of the County of Leicester, published in 1795. They are an account of the fauna, flora and fossils found in the Vale during the authors’ lifetimes, and as such are an example of early scientific writing on these subjects. The work was written by the Reverend George Crabbe, who is best known as a poet but was at the time Rector of Muston and East Allington. Crabbe drew upon the collection and notes of Rev William Mounsey, who was curate of Bottesford.

The illustrations were drawn by Schnebberlie, whose work is found extensively through Nichols’ great book. They show specimens of bones, shells of snails and other creatures, and groups of fossils as found on the surfaces of rock samples collected by Mounsey. The individual drawing are numbered, and explanations can be found in the text.

On page cciii (203) Crabbe points out that the organisms are named using the Linnaean System, which was quite new at the time. He adds that the precise locations from which Mounsey collected his specimens were set out in an account Mounsey wrote but which was not published and may have been lost, regrettably.

Crabbe also records that Lord John Manners had “some fifty years previously” (i.e. mid-18th Century) had two boreholes sunk in the hope of finding valuable reserves of coal. Though they evidently failed to achieve this, they are nevertheless notable, perhaps remarkable, for having reached 169 feet and 469 feet, respectively. Bearing mind that this was before the advent of powered boring equipment and pumps, we cannot help but be impressed by this feat, and confident audacity of the Lord in paying for the exploration. It would be good to know more about drilling methods of the mid-18th Century. How did they do it?

Bearing in mind the late 18th Century date of this account, it can be seen as an example of early natural sciences written by two enthusiastic but essentially amateur clergymen, perhaps seeking intellectual stimulation in the placid setting of the Vale of Belvoir.