Too Hot To Handle 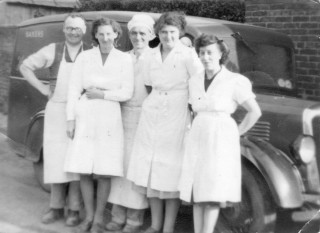 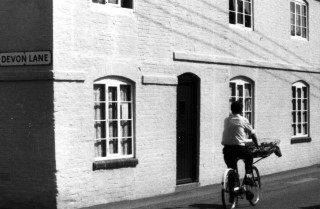 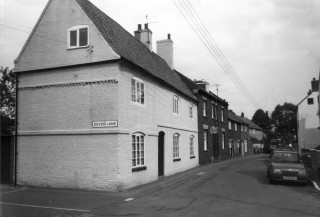 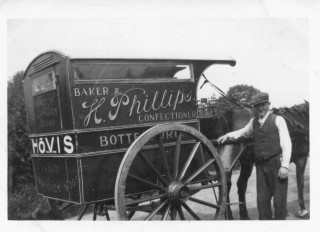 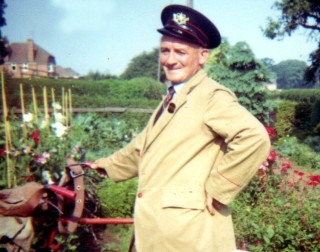 My father worked at Cropwell Bishop with his father in a bakery business which started about the turn of the century.  It had been running successfully and they decided to expand the business and move to include Bottesford. Its a very big area of people, and all delivered by rounds men delivering with a bakery van, horse and carts initially.  They used to use specially trained horses which were called Hackney horses which didn’t gallop. They trotted.  And they knew the rounds, the horse would actually follow you.  Anyway they gradually moved onto vans, I think the first van was a Bradford Jowett. I don’t know how many vans they had in the end but they were able to supply all the villages between the Fosse Way and Muston village, all along the A52.

It was done on a twice a week basis, the round.  And it included Belvoir Castle and Redmile and Elton and Orston and the RAF camps and the army camps that were around at those times.  And Muston and Bottesford and Normanton.  You called at the houses regularly every week. Some houses such as the Wakefields at Orston had about twenty children. In one house. You’d go with a whole basket of bread and then have to fetch another basket of bread to suit them.

We used to go to the army camps at Bottesford.  We used to have to lift the barrier. Or have to ask the barrier to be lifted near the Orston Lane crossing gates. And then come through to the camp, supply the camp with all its bread. And then get out through the barrier again to Bottesford.

My father came to Bottesford in about 1947 with his family and they came to live here and operate this extra bakery which was taken over from a Mr Phillips who’d run it for some time.

He retired to live on Albert Street for quite a long time and my father carried on.  Mr Phillips showed him the ropes for some time and he had employed a baker called Cecil Briggs.

Now Cecil Briggs lived in the house where Gerald Pedge lives now. In Easthorpe. He’d been a 1 st World War veteran and he’d practically had his arm blow off in the 1 st World War but they somehow fixed it again.  And this man with this damaged weak arm used to mix bread by hand in large quantities every day.  He said he dreaded it. So when my father came with his big machine mixers made by Alfred Hunt of Leicester they thought it was wonderful.

It was very hard work and he’d probably do several batches before he got enough to put in the oven. This oven that Mr Briggs would work was virtually an ancient oven, a very crude oven where the fire was underneath the oven. Fames from the fire and the chimney from the fire, the flue, went through the oven itself leaving a lot of smut, a lot of smoke inside. But when the oven had got up to a good temperature and the fire had finished its initial smoky phase and it was becoming lots of red embers and was burning cleanly Mr Briggs would get a big pole with a big mop on the end and water and he would clean out the whole of the oven very quickly before putting the bread in. And this would leave a bit of steam around but just good things and then they would bake the bread. So there was a lot of skill involved to get it just right and you could imagine you could easily get it very wrong.

Anyway then, my father came and he installed modern steam pipe ovens where the fire was quite separate from the actual oven. Much, much bigger. They were double deck ovens. And at the bottom of the oven, it had what’s known as a proving chamber, where the baker could put the bread in at a certain stage of rising. And admit a spray of water which turned immediately to steam. Wet steam which would pass over the bread before it was baked to increase the humidity and help the rising.

They would put the bread in the oven. with a great big spade shaped thing called a peel.  He could carry about six loaves at a time to oven in the tins. The tins were many different types according to what was needed .The farmhouse loaf was the one where the crust comes out at the top. That’s an open tin, they were very popular. And then all the cafes and restaurants and public houses, they would like tins where they had a lid on it, where it was sealed. These were called steam baked bread because it meant that they were enclosed and you got a nice, even crust all the way round. There was no variation in the crust at all. And they were very accurate and very square. And these could be either short at about a foot long or up to two or three feet long; different size tins according to what the cafes needed. They could actually go to a slicer afterwards but most people didn’t want the sliced. They liked them exactly as they were out of the oven and they used to load the vans with the loaves straight out of the oven, out of the tins, immediately into the van but it was very hot, very, very hot.

I can remember the bread would be thrown two at a time from inside the bakery to somebody inside the van who would catch them hot.  And they were so hot you could only hold them for about a second!

The van, a Morris 12, had shelves and they’d be stacked on shelves. Off the van would go with steam pouring out of the windows, hardly able to see a thing.

I sometimes used to go to accompany Winifred Claricoats who was the driver of the van on Saturdays because I had my day off from school I would go about quarter past seven up to Belvoir Castle first, that’s the first stop. Steam pouring out of the window, hardly able to see where we were going for steam. Then we would get to Belvoir and it would usually be a lovely sunny morning and we’d take the bread round to all the various Belvoir residences, then go down to deliver at Redmile. It was a lovely run, and lovely conditions. Then on to Elton, then on again to Orston, then finally return back to Bottesford through the old Royal Pioneer army camp, the petrol dump.

We would have to ask for admittance and lift the boom, they would take their bread and we would get home to Bottesford about one o’clock in the afternoon.