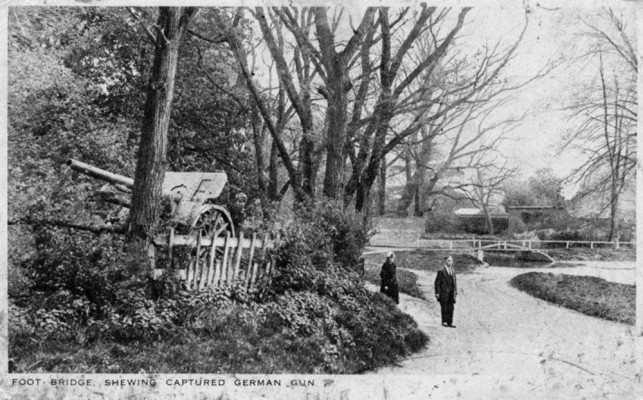 This field artillery piece was brought back to Bottesford after WW1 was displayed by the Cross on the Market Place, then moved to the British Legion hut on Albert Street (where the modern Scout hut stands) before being placed in an old orchard on Rectory Road by the ford, where it is seen in this postcard. It was removed during WW2, presumably to be melted down.