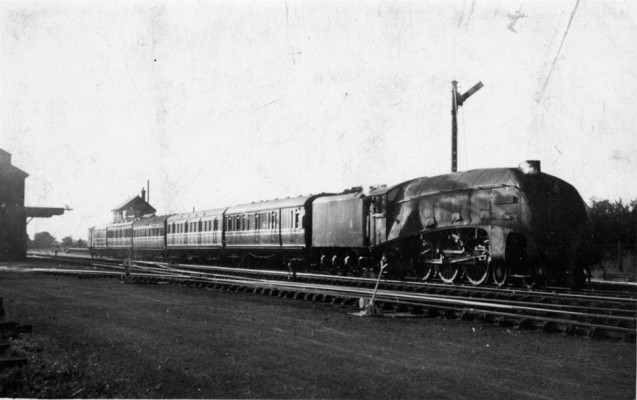 Though Bottesford station is on a relatively minor rail route, between Grantham and Nottingham, part of the old GNR system, it did have trains pulled by express locomotives on occasions. Apparently the locos were serviced at the works at Colwick and then used to haul local services until their bearings were run in and they could be returned to the main east coast route.