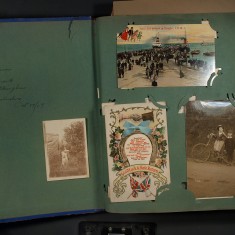 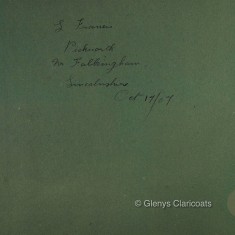 Louisa Francis was the great grandmother of Florrie Harby on her father’s side. Louisa was given the postcard album in 1907 but had only added a few cards by the time of her death in 1910. The album passed to Florrie at some stage, perhaps as an innocent pastime for a little girl before the war, or perhaps specifically when Harry Harby started to send postcards back during his military service.

Note – Louisa lived in Pickworth, Lincs and sometimes used the surname France in place of Francis.