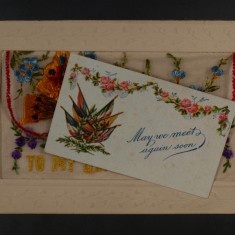 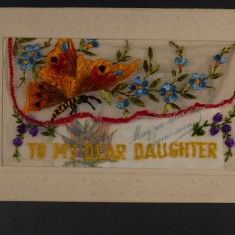 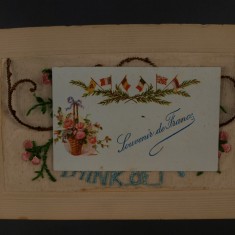 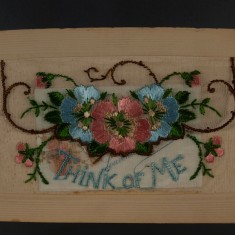 Popular amongst the troops serving in WW1 were colourful and delicate silk postcards made and sold by small shops and households in Belgium and northern France. Florrie’s album includes these silk cards which have not been posted so Harry Harby presumably brought them home with him whilst on leave or when demobbed. The cards were sometimes made in the form of a pouch or envelope so that a special message could be included on a small card insert.

Further information about such cards is available from this Imperial War Museum link.