Harby Family Brothers in the War

Four brothers fought but only one got to live in Bottesford 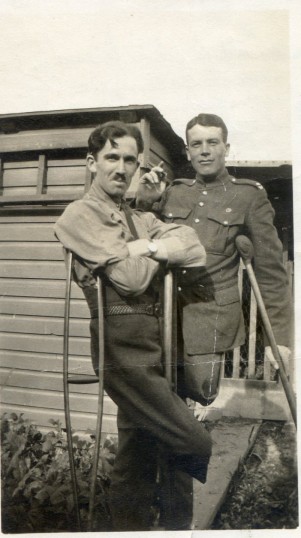 Teddy Harby (L) lost a leg at Ypres. He is seen here recuperating at Ramsgate in 1917.
From Bill Pinfold collection 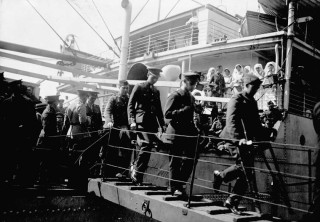 Teddy was repatriated to Canada on Hospital Ship SS Letitia and would have arrived in a scene like this. 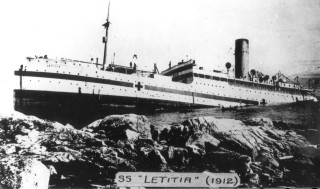 He shipped home in May 1917, luckily not on the following journey when the Letitia (built in 1912) ran aground on the Canadian coast 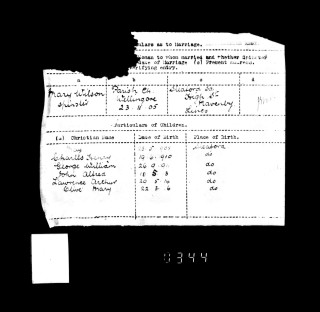 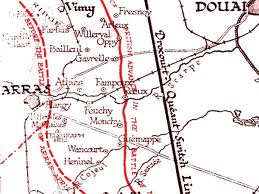 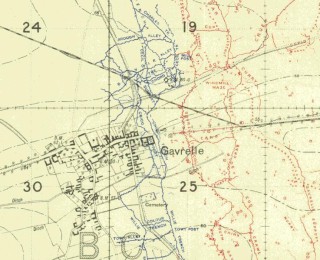 The battalion, known as the Leeds Pals, attacked due east from Gavrelle on 3rd May 1917. British trenches blue, German red. 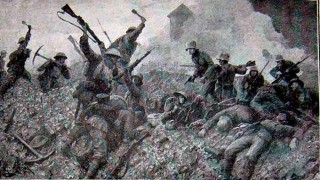 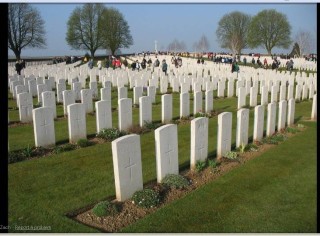 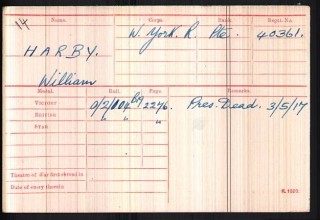 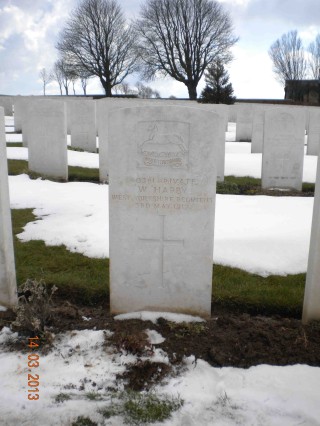 The fighting in France meant that 1917 was a tragic year for Nellie Bullock, living in Muston with her young son.

The year opened with her brother Edward Harby convalescing in hospital having had his leg removed late in 1916 after his dugout was shelled near Ypres. Edward had emigrated to Canada in 1910 as part of the “Last Best West” drive to lure young farm workers over to help develop that country. At the outbreak of war he signed up with the Canadian Expeditionary Force (CEF) at Moose Jaw, Saskatchewan and sailed back to England in 1915 and on to France in 1916.

He transferred to the 3rd Canadian Pioneers fighting in Flanders and was involved in the battles for Hill 62 and Mountsorrel Trench. His leg was injured by shrapnel in August 1916 and after some time the onset of septicaemia meant his leg had to be amputated just below the knee. After treatment in Reading Hospital and recuperation in Ramsgate he moved back to Saskatchewan where, unfit for farm work, the local community determined they must find a role for their adopted son. He became Town Clerk of Caron and had a good career managing crop return reports and town administration until 1935.

Whilst Edward did not live in Bottesford, he did visit his family there and it is interesting to compare his tale of survival with that of the Bottesford lads who moved to Canada, joined the CEF but did not survive the war.

Edward’s elder brothers Harry (A.S.C. 1915-18) and Charles (2/4 Lincolnshires 1914-18) also fought and fortunately survived, Harry returning to Bottesford as a GNR platelayer after being in Egypt, Gallipoli and France. Charlie Harby served in Ireland and France before becoming a farmer in Metheringham.

Less fortunate was Nellie’s brother William Harby. William had joined the 1st 4th Lincolnshire Regiment in 1915, signing up as Private 5965 at a recruiting station in Bourne. At some point the regiment was merged into the West Yorkshires (Prince of Wales Own) so William became one of the Leeds Pals, the 15th battalion. The regiment fought several battles through 1916 and by May 1917 were opposing the German trenches of the Hindenburg line near Arras. Early on the morning of 3 May the 15 W Yorks launched an attack on Windmill trench near Gavrelle and Oppy Wood. Of the 547 men who started the attack, some 157 were fatalities, cut down by machine guns, 120 were missing and 120 were wounded. William was one of those who failed to return.

William is buried at the Cabaret-Rouge British Cemetery at Souchez, grave XV.K.23, and is listed on the memorial at Londonthorpe church near Grantham. His parents Henry and Mary had moved in to Londonthorpe from Pickworth ahead of the war. (Update 2017 – new-found additional information has been added at this page)

Again one can speculate that William was a visitor to Bottesford before the war though he did not live there himself. But news of his death closely followed by the death of John Bullock will have brought intense sadness to the families in Muston and Bottesford.

Whilst in Canada Edward had met Emily Wolstenholme who was originally from Barleythorpe near Oakham in Rutland and had emigrated to Saskatchewan with her mother Elizabeth and three other sisters in 1913. Elizabeth was a feisty Yorkshire woman and had been the landlady of the Noel Arms pub in Langham, so she coped with the hardships of the prairie and became unofficial mid-wife for the mothers in Caron. Emily, rather more delicate than her mother, had trained as a seamstress with Furley & Hassan in Oakham and later operated the telephone switchboard in Caron. Ted and Emily wed on the 15th June 1918 and had a daughter Edith who lived until July 2016. Having experienced the horrors of war himself Edward was swift to telegram back to the family in England when the Blitz started in World War 2, offering to give his nephews and nieces a home if they wanted to escape the bombing.