Through the second war to peace 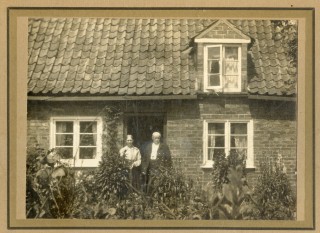 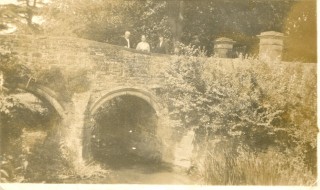 Henry, Mary and Annie Harby on church bridge viewed from the garden of their cottage 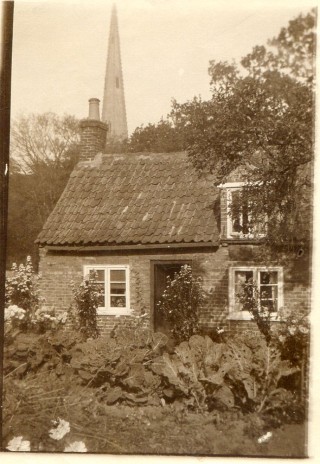 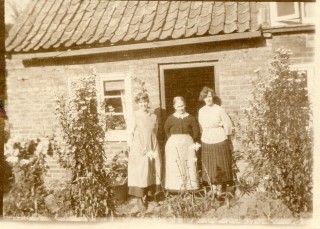 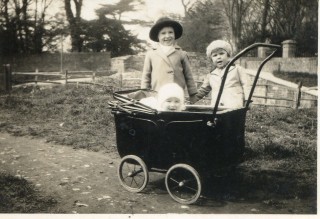 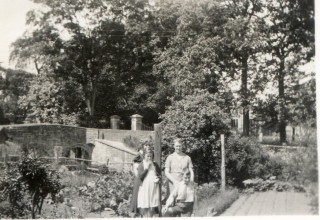 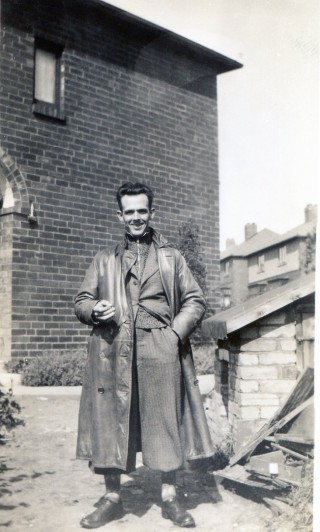 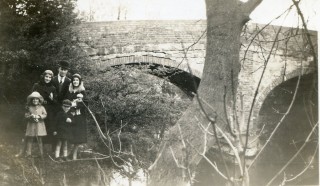 Nev and Joy Pinfold must have been misbehaving! Late 1930s

Henry and Mary Harby moved, with their spinster daughter Annie and youngest children Edith and George, to Bottesford some time after Nellie Bullock nee Harby was widowed. They lived in a small cottage near to the church which had a ladder to reach the upper bedroom, not a staircase.

They probably moved in part to be near eldest son Harry and in part to support Nellie, as by the 1920s they were certainly involved in helping to look after her son Frankie. He wrote to his mother about life with his grandparents some time in 1923 by when he was already comfortably referring to Ernie Pinfold as “father”.

Before Frankie Bullock died a rather more happy event had extended the Harby family presence in Bottesford. In Spring 1924 daughter Edith married Billy Pacey whose family ran a plumbing business in the village.

Little is recorded of the Harbys in the years immediately after Frankie’s death in 1924, but once Ernie and Nellie had their own children from 1927 things picked up a bit. They lived in Hinckley and then Birstall and Syston, but as these pictures show they visited Bottesford at various times.

Also passing by was Nellie’s youngest brother, George Harby. He had married and moved to East Ardsley in Yorkshire where he worked as a train driver. He is reputed to have driven the Flying Scotsman, though it is not clear if that was referring to the 10 a.m. departure from Kings Cross that originally bore the name, or the Gresley designed A1 locomotive 4472. Perhaps it was both.

It is a nice connection to think of George racing across the train tracks that had been maintained by his eldest brother Harry.

Henry died in 1927. Mary lived through to 1940 leaving Annie alone in the cottage. She had never been well and the noise of the heavy bombers as they took off directly over the cottage from nearby Bottesford airfield caused her severe distress. She never spoke again after the war, finally passing away in 1962. Annie’s ashes were scattered at Gilroe’s cemetery near Leicester, as were her sister Nellie’s in 1968.

So Henry’s son Harry Harby and his wife Rose were the first Harbys to settle in Bottesford and it turned out they were also the last, Rose being buried with her husband in 1967.