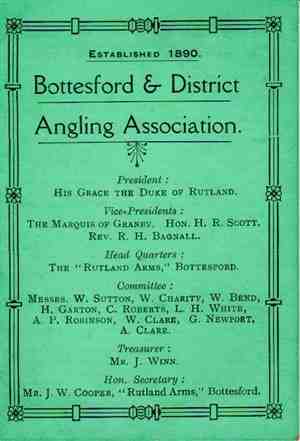 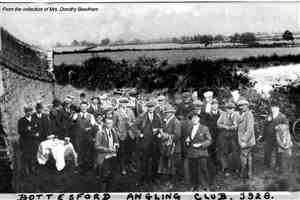 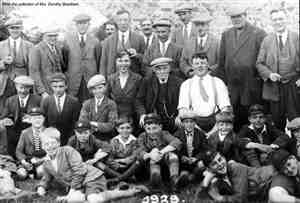 The Bottesford and District Angling Association and its Medical and General Aid Fund.

These minutes provide a fascinating insight not only into the history of angling in the local area but also into how the association developed into an organisation providing support and welfare within the community.

For example, in the minutes of 1899 to 1924 whilst there does not appear to have been a specific welfare fund, donations were made each year to the General Hospital in Nottingham, to the hospital in Grantham and to the Belvoir Nursing Association.

However, the effects of the social and economic depression in Bottesford in the 1920’s and 30’s are directly reflected in the Associations minutes. The minutes record that a ‘Medical and General Aid Fund’ had been established sometime after 1924.

Applications for assistance could be made by a doctor, by an applicant or by a member of the committee on behalf of a person experiencing hardship. Before the days of the N.H.S. all medical bills had to be paid for.

Examples of support from the minutes include:

A father who was in poor circumstances was given a grant of £2/2/- because of his daughter’s ‘protracted illness’.

The cost of an ambulance was paid for a patient in Redmile.

Doctor Rankin recommended that a patient should have extra nourishment. His patient was granted aid of 1 pint of milk per day and 1 dozen eggs per week for 6 weeks.

A case noted as being ‘worthy of assistance’ was that of a man at Redmile who should be provided with food up to a value of 5/-per week, to be reviewed after 1 month.

An Orston man was in need of ‘extra nourishment’ because of his illness so Mr. Miller of Queen Street was to arrange foods to the value of 7/6d for a month.

When the 2nd World War was declared, there seems to have been no applications to the fund. Money was invested in War Savings Certificates and committee members in receipt of honorariums decided to forego them until the international situation was resolved. Honorariums restarted in 1943.

The association also passed a resolution that stated any member of His Majesty’s Armed Forces, on production of credentials could have a day’s free fishing.

During the years after 1945, the Fund was replenished by the money raised at whist drives and there were a few applications for assistance. There was also a discussion about donations to Grantham Hospital as ‘the Government was taking over in July next’.