You are here: Home>Topics>Then and Now>Why Did the Friendly Society Change Its Motto?

Why Did the Friendly Society Change Its Motto? 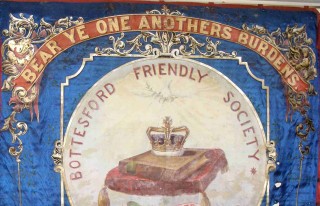 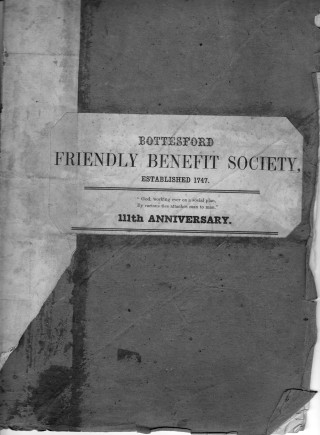 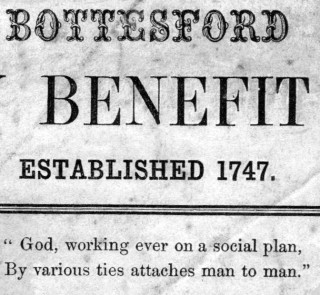 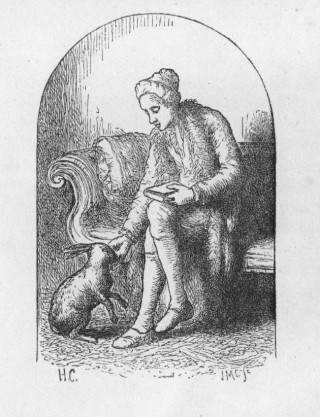 Cowper with one of his pet hares 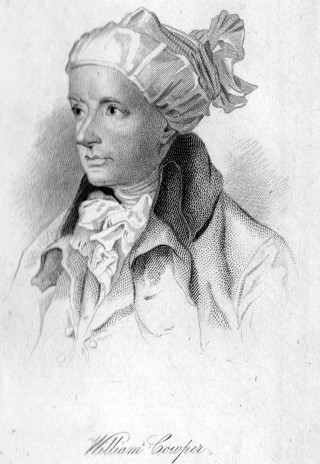 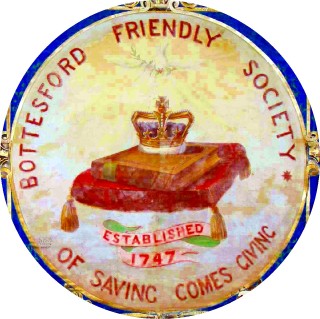 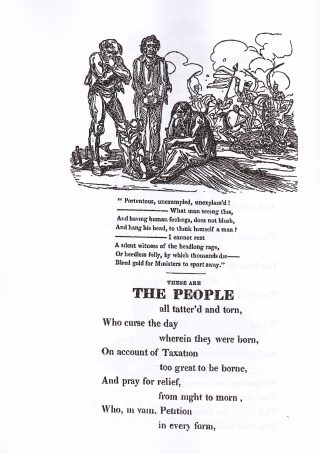 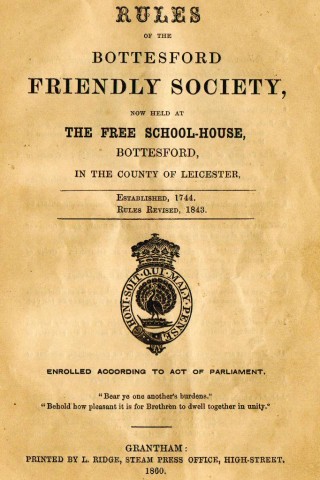 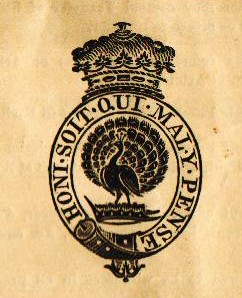 The motto which appears on the Friendly Society banner is taken from the New Testament:
‘Bear ye one another’s burdens, and so fulfil the law of Christ. For if a man think himself to be something, when he is nothing, he deceiveth himself. But let every man prove his own work, and then shall he have rejoicing in himself alone, and not in another. For every man shall bear his own burden.’ St Paul’s Epistle to the Galatians Ch. 6 verses 1 – 5.

This very appropriate but slightly grim sounding exhortation replaced an earlier, more optimistic motto, which appeared on the Friendly Society’s documents up to 1858:
‘God, working ever on a social plan.
By various ties attaches man to man..‘

Cowper was one of the most admired poets of the C19th. Now, when  he is remembered at all, it is for ‘John Gilpin ‘ and for his pet hares, Puss, Tiney and Bess. He is also the author of several famous hymns, including ‘Oh, for a closer walk with God‘ and ‘God moves in his mysterious ways’.(1) He collaborated with the former slave-master and abolitionist John Newton, author of ‘Amazing Grace’, at whose request he wrote the  enormously popular poem ‘The Negro’s Complaint’.(2)

The poem ‘Charity‘, though patriotic in tone, was perhaps considered too radical, with its hints at egalitarianism, references to the rights of man and explicit opposition to slavery;

‘God working ever on a social plan,
By various ties attaches man to man:
He made at first, though free and unconfined,
One man the common father of mankind;
That every tribe, though placed as he sees best,
Where seas or deserts part them from the rest,
Differing in language, manners or in face,
Might feel themselves allied to all the race.

But ah! what wish can prosper, or what prayer,
For merchants rich in cargoes of despair,
Who drive a loathsome traffic, gauge and span
And buy the muscles and the bones of man?

Nature imprints upon what ere we see,
That has a heart and life in it, Be free!

He, from whose hand alone all power proceeds,
Ranks its abuse among the foulest deeds,
Considers all injustice with a frown;
But marks the man that treads his fellow down.’

The pious, evangelical hymn-writer Cowper was hardly a revolutionary, but his poetry condemned slavery, advocated the humane treatment of animals and attacked aristocratic immorality and extravagance. It echoed Wilberforce’s campaign to bring the upper classes to a sense of their social and religious responsibilities. Quotations from Cowper were used below the Cruikshank cartoons in William Hone’s famous radical satire of 1819 The Political House That Jack Built.

It is difficult to know how much in touch with contemporary political debate the farm labourers, craftsmen and tradesmen of Bottesford would have been, but only seven miles away, at the Bingham Wesleyan Methodist chapel, services of thanksgiving were held in 1834 after the introduction of the Abolition of Slavery Act. It seems probable that some of the worshippers at Bottesford’s Primitive Methodist Chapel, built in 1820, would have shared the views of the Bingham congregation and that the same men might well have played a part in the Friendly Society and its choice of motto.

Nottingham was only ten miles further than Bingham and, particularly after the opening of the railway in 1851, easily accessible. It had a reputation as a focus for riotous behaviour and political radicalism. It was the centre of Luddite disturbances and, at the time when the 1831 Reform Bill was thrown out by the House of Lords, saw some of the worst riots in the country. Nottingham Castle was set on fire. Later, it was an acknowledged centre of the Chartist movement. In 1847 the Chartist leader, O’Connor was elected M.P. for Nottingham. The 1861 and 1865 elections brought serious disorder.(3)

The members of the Bottesford Friendly Society, dependent as they were on the Dukes of Rutland, may well have been anxious to distance themselves from any suggestion of radicalism or sedition. The combination of the words ‘social’ and ‘plan’ may have been thought to have dangerous associations. The reformer Robert Owen had demonstrated a Utopian social plan in New Lanark. Thomas Spence had a ‘Glorious Plan’ for the equal division of land to cure ‘the poor man’s poverty and the rich man’s gout’. His followers chalked SPENCE’S PLAN on the walls in London:

‘This reign of Plenty, Peace and Love
The Good have long foretold….

No more distress, all happiness,
From Landlords once set free,
The bells shall ring, we’ll dance and sing
On Spence’s Jubilee.’ (4)

The 1835 version of the Friendly Society Rule-Book has neither motto nor emblem. The society met in the old School House established by the 1711 Ligonier bequest.

An 1858 version of the Friendly Society Rule Book still bears the Cowper quotation as the motto.

Both the 5th Duke and the 6th, who succeeded in 1857, were influenced by the ideas of Lord John Manners, later 7th Duke. Although concerned about child labour and the living conditions of the urban poor, where rural England and his own estates were concerned Lord John believed in a kind of romantic feudalism. He encouraged his father to establish allotments for agricultural labourers and advocated National Holy Days on which communities could come together in ‘merrie England’ activities like archery and dancing, which he thought would remove ‘thoughts of discontent and moroseness’. His commitment to a fixed, hierarchical social order led him to resist radical agitation for parliamentary reform and support both the ruthless suppression of the 1865 Jamaican uprising and repressive measures to protect property rights in Ireland.  He claimed there was support for the Conservative Party amongst the ‘lower orders’, who he believed held to his own principles of Church, Property and the Union with Ireland.(5)

When the 6th Duke succeeded in 1857 and became Lord Lieutenant of Leicestershire,(6) Lord John took over his brother’s seat as M.P. for North Leicestershire. His older sister, Lady Adeliza , was the wife of the Rector of Bottesford, Canon F.J. Norman.

Around  1859 the Bottesford Friendly Society seems to have adopted a new motto, preferring a quotation from scripture which emphasised hard work and humility to the lines from Cowper ‘s poem about freedom and equality. They added the sentiment from Psalm 133 ‘Behold how pleasant it is for Brethren to dwell together in unity’ and embelished their rule-book with the Peacock crest of the Dukes of Rutland.

In 1888, the Friendly Society ordered its banner in celebration of the Queen’s Golden Jubilee. It chose as its emblems a crown and a dove of peace. The crown rests on a book, presumably a bible. Maybe these emblems refer to the Pax Britannica of the Empire. Whatever the exact references in the choice of emblem, the general tenor is clear. The men (it was an all-male club) of the Bottesford Friendly Society were patriotic, loyal and law-abiding.

1. The Cowper and Newton Museum