Old couple with dog, photographed before 1900 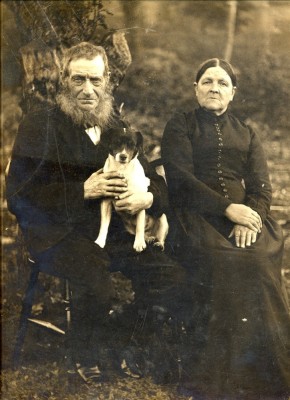 An elderly couple sitting in a garden, believed to be Mr Francis Hallam and his wife Sarah Hallam. Both were born in 1841, suggesting that this picture dates from c.1900. Francis and Sarah were the parents of George Hallam, father of Harold Hallam, who was killed in action during WW1.