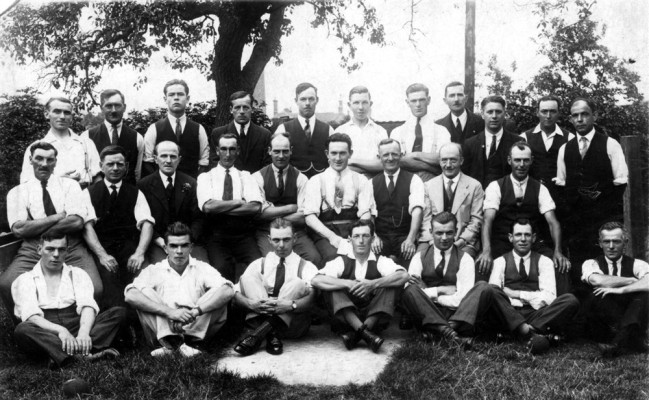 These men are probably members of the British Legion or, perhaps more probably, the County Club which took over the premises after the BL Club closed in Bottesford. The club was in a hut, originally the British Legion Hut, on Albert Street, where the present day Scout and Guides Hut stands.