Brownies pose during a stage performance 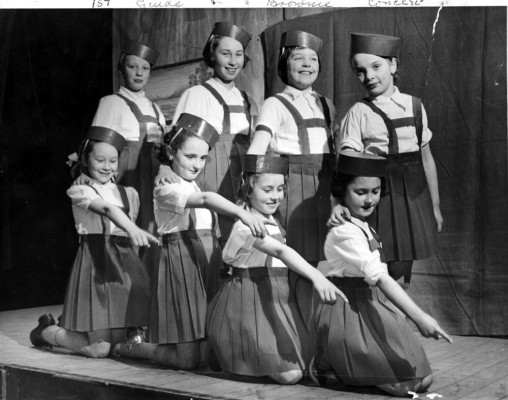 Girls from Bottesford’s Guides and Brownies are seen in costume during a theatrical event. Such events were a prominent featuer of village life during the years after the end of the Second World War. Back row, LtoR, Barbara Taylor, Pauline Gilbert,
Glennis Sharp, ?,
Front row, LtoR, Margaret Pearson, ?, ?, Maureen Guy.