You are here: Home>Tags>Archive>Bottesford Local History Archive>Pictures contributed by Mr Stanley Blackmore>Punting on the River Devon

Punting on the River Devon 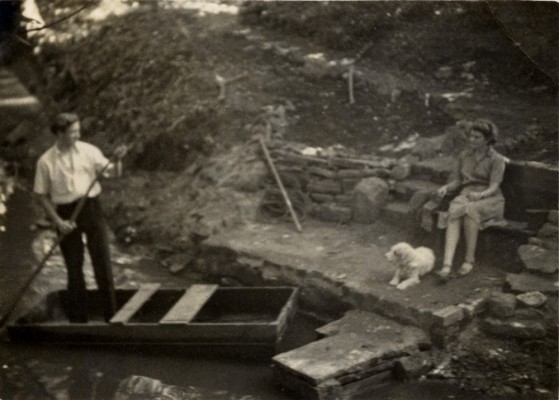 Mr Blackmore writes: “Me [Stanley Blackmore] and a cousin, Sheelagh, and my terrier Tigger. The ‘boat’ was made from an old disused bier that I found in the Brew House. It tended to leak somewhat, and featured in my book p.65.” The scene is on the River Devon where it skirts the Rectory gardens. The book that is referred to is “Gone, but not forgotten: a Leicestershire schoolboy’s recollections of life during World War Two” by Stanley Blackmore, published by Woodsfield, Bognor Regis, 2004.