Whose Car Was This? 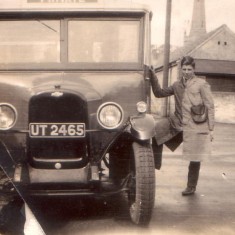 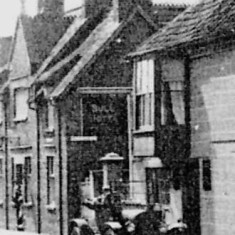 Was this Bottesford's first car? Studebaker belonging to Mr. Goodson, Landlord of The Bull 1919 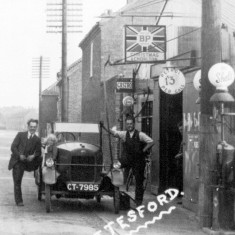 Mr. Sid Chorlton, Marcia Christmas, Mr. Bill Christmas - but what kind of car? We have been told it may have been a 'Trojan'. 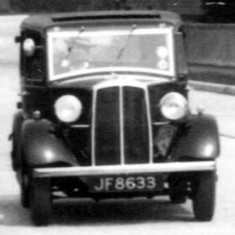 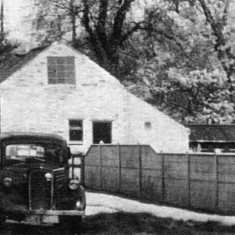 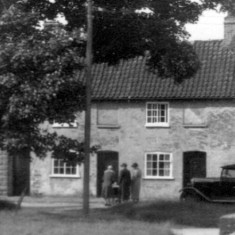 Devon Lane Cottages c. 1950. Does anyone recognise the car? 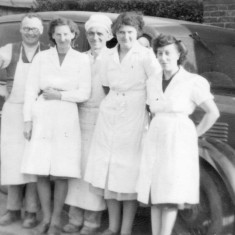 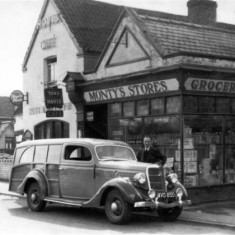 We've been told this is Mr. Hurn's (?) shooting brake. Can anyone confirm or add to this? 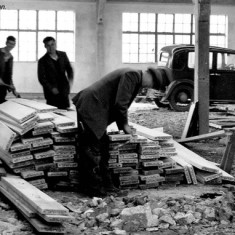 During the building of Belvoir High School, November 1958. 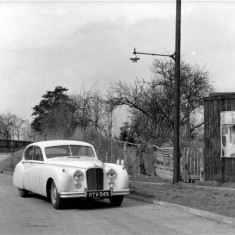 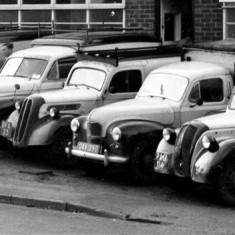 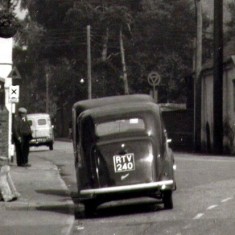 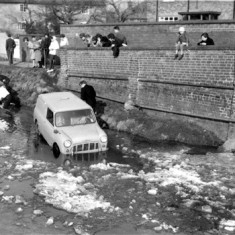 March 1963. Were you one of these onlookers or an unfortunate driver? 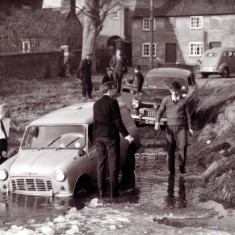 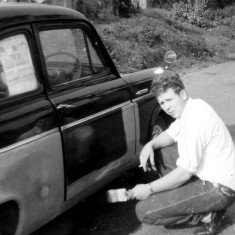 John Wilkinson with his first car at The Green 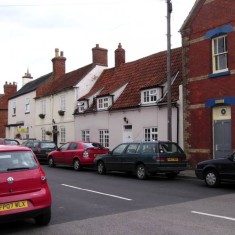 “When I first came to the village in1956 there weren’t many people with cars. I think Mr. Taylor, the butcher, had one. Well he had a van – for deliveries. But a private car! Really few and far between. Most men had a motorbike. Because they went to Grantham, didn’t they, to the engineering works, or they worked for Bill Roberts, they came in his lorries. I mean, we didn’t have a car ’til John was about 36. You didn’t bother, did you? You had a bike and the bus service and the train.“

“But it was a big event for the Bottesford people to go to Grantham on a Saturday…the bus service was run from Bottesford by a guy called Randell, and on a Saturday morning at 10 o’clock , there would be 4 or sometimes 5 buses, one after another. Picking locals up to going to Grantham.They were always full. And then there was another lorry there that if you bought say a pig or chickens… You’d put it on this lorry and he would deliver it.”

Until the 1960s privately owned cars were a rarity. There were only a few local cars and trade vehicles, such as Mr. Simpson, the baker’s, van, or the impressive fleet of vehicles run by Mr. William Roberts. Most people relied for transport on the bicycle or the bus, like the Randell’s bus shown here in a photograph sent to us by the grandaughter of William Randell. But by the 1960s every young man (though not many young women) started to look forward to the day when he could buy a car of his own.

How many households in Bottesford now have two or even three cars?

Can you help us identify the make and approximate date of these vehicles or add any other information or photographs?

What was the last horse-drawn vehicle to be in regular use?