You are here: Home>Places>Schools>Demolition of the former Secondary School pig sties

The march of progress or the end of an era? 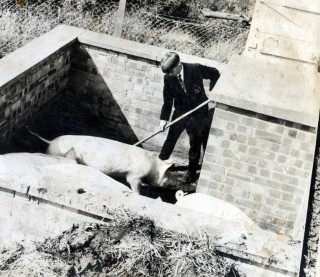 A student working with the pigs at Bottesford Secondary School 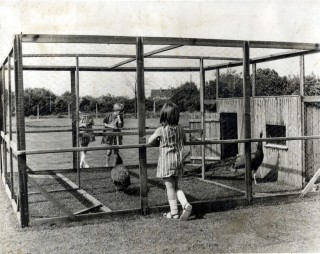 The school peacocks and some young admirers. 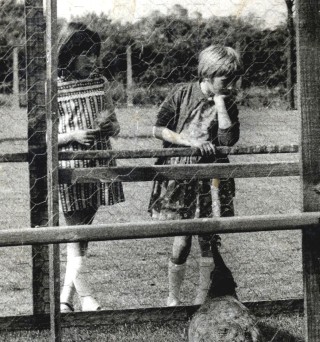 A close-up of two of the children admiring the peacocks. 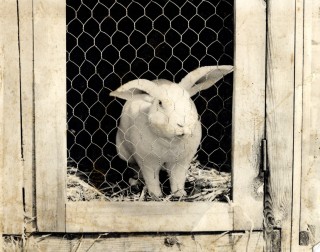 A school rabbbit gazes from its hutch. 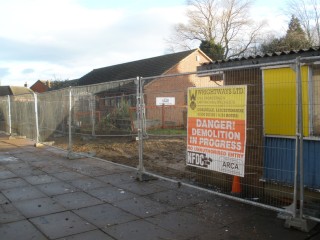 The demolition site, with the Play Group building in the background. 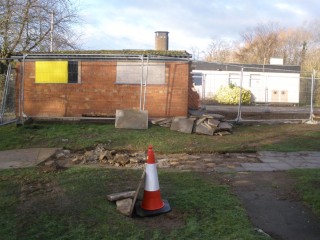 The remaining shed, with the Community Centre in the background. 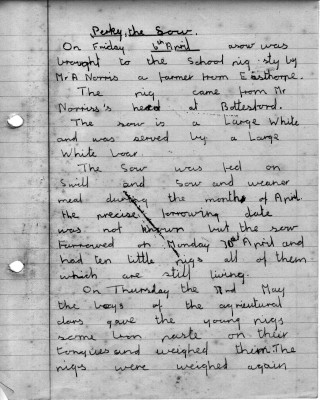 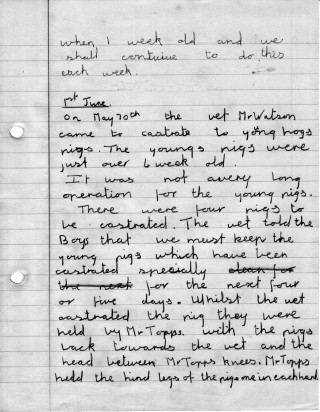 2009 was a momentous year in the history of Belvoir High School. One of the smaller aspects of its new lease of life has been the demolition of the one-time pig sties dating from its original opening in 1960 as a rural Secondary Modern, in which agriculture and horticulture were taught. This part of school activities is long gone, but the building which once housed the pig sties remained, a row of brick sheds between the Bottesford Community Centre and the Play Group building. Now it is no more.

To mark its passing, the former school caretaker Mr Chip Sutton came across a set of three photographs dating from about 1970. One shows the peacock cage, another the school pigs being tended by one the boys, and a third shows a rabbit gazing from the door of its hutch.

Can anyone identify the children looking at the peacocks or the boy in the pig enclosure? Are there stories about the agriculture and horticulture lessons, and the teachers who took them, at the school? Does anyone know who took the pictures in 1970 or thereabouts?