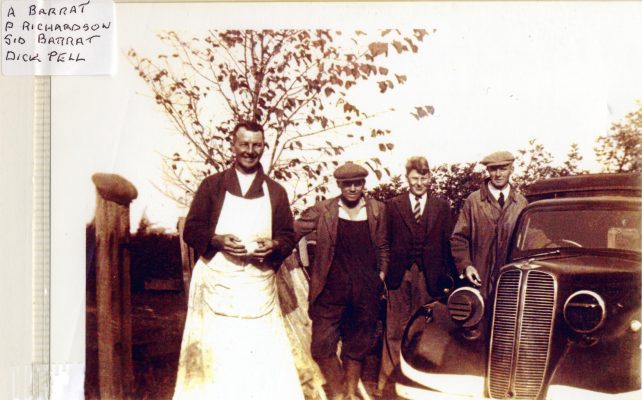 Dick Pell of Grange Farm ran a succesful butcher’s business, delivering to customers using the Jowett van seen in the photograph. The men in the picture are, from left to right: Albert Barrett wearing a butcher’s apron, Peter Richardson, Sid Barrett and Dick Pell, standing by the van.

Jowett Cars was founded in 1901 in Bradford, Yorkshire. Its 1930s models such as the Jowett Ten had the  radiator and other features seen in this picture. Production stopped in 1940. The vehicle in this picture has blackout shutters fitted to its headlights, indicating that the scene was captured during the war years.