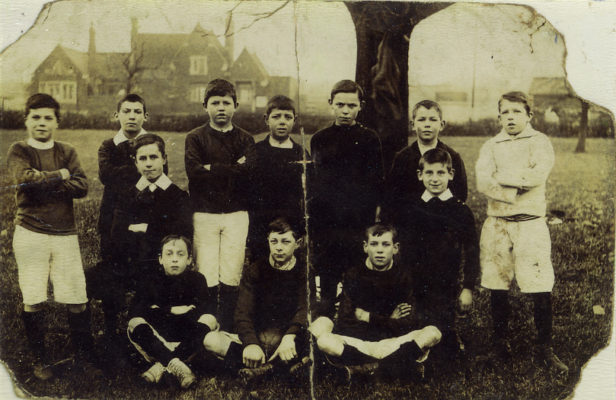 This photograph was taken in the Beckingthorpe fields on Station Road, opposite the railway station. It shows the boys football team in the first decade of the 20th Century.

Both Sutton boys went on to serve in WW1. Bob Sutton, born in 1899, was notable for enlisting with the Manchester Regiment in 1914 when aged only 15. On the photo, he looks about 10 years old, which indicates that the picture was taken in 1909 or thereabouts.