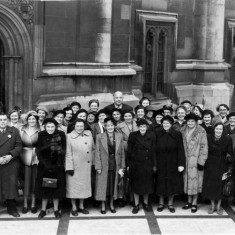 Bottesford Mother's Union outing to Houses of Parliament, 1950s.
From the collection of Philip Sutton 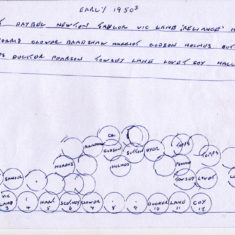 A coach outing of the Bottesford Mothers’ Union in the 1950s, together outside the Houses of Parliament. The following names have been found, though it is not clear which figures they all apply to.

An extra image has been added, which shows an explanation of who is who in the picture as recalled by Philip Sutton.