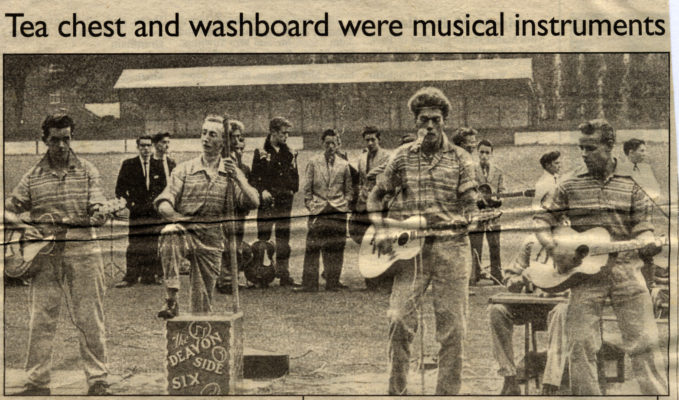 “Tea Chest and Washboard were Musical Instruments” was the title of this Memory Lane article published by the Grantham Journal in the early 1980s, showing the Devonside Six, Bottesford’s skiffle band performing in the late 1950s. In fact, the picture shows only four of the band, from the left: F Wilkinson, Ted Rayson, Neville Bagnall, Mick Bradshaw (seated, almost hidden) and John Ball. Is the sixth member of the band hidden in the rear?