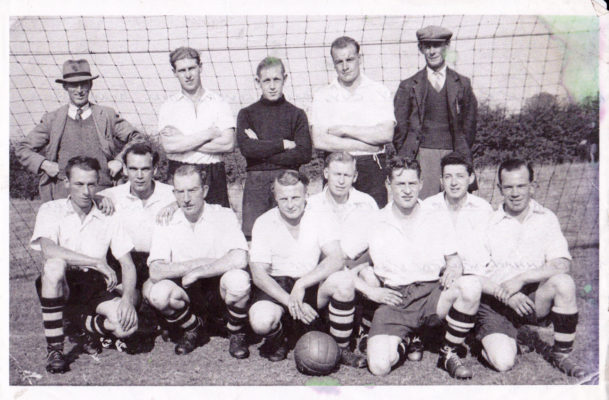 A picture of the Bottesford football club team in the early 1950s.