You are here: Home>People>Village families>Calcraft Family at Home and Abroad>Joseph Parnham Calcraft and his family

Joseph Parnham Calcraft and his family

The Calcraft who laid down roots in Canada 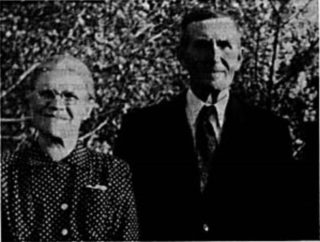 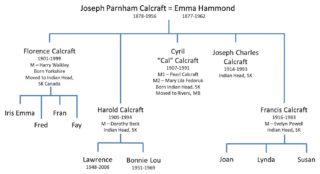 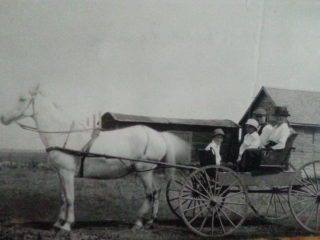 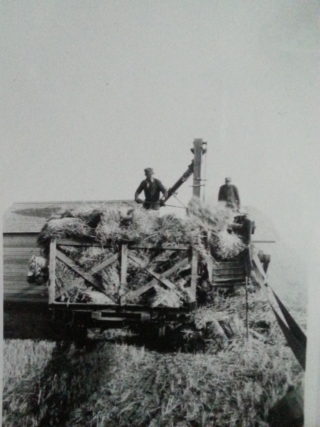 Joseph Parnham Calcraft was born in Muston in 1878, the first child of Joseph and Ann Elizabeth (nee Parnham) Calcraft of Breeder Hills.

Following his schooling at Muston and some time working on his grandfather’s farm, Joseph became a railway worker and, after marrying Emma Hammond at Boothby Pagnell in 1900 and time working in Hull, Yorkshire and in Leicestershire, he sailed with his wife and new daughter Florence in 1903 from Liverpool to Montreal. The complete journey from Hull to Saskatchewan took three weeks, involving fourteen days at sea and a total of seven days on trains. They already knew that they were bound for the Indian Head area as Tom Calcraft was already there and had persuaded his older brother that Canada was a great opportunity to start a new life.

For the first year Joseph and Emma worked as a married couple at a huge farm originally established in 1882 by Major William Bell, an ex-Militia officer who had previously run a large farm in Minnesota and brought the lessons learned there to Indian Head where he set up the Bell Farm as a model of new agriculture techniques. A key feature of the farm was the large circular barn used for stables and grain storage, which was built to be a defensive stronghold with a look-out tower on the top. The Battle of Little Bighorn had taken place only 6 years before and the tribes of Sitting Bull had subsequently moved north to live not far from Indian Head, which perhaps led to security being a key concern.

The Major lived in a large stone farmhouse and provided four stone and two wooden frame houses for his workers. His lands extended for 100 square miles and were divided into sub-plots similar to the state-organised homesteads, but with each plot a third larger in area. This industrial-scale communal farming model thrived for a few years but a couple of poor crop seasons led to the Major having to sell out in 1896 and the farm was re-organised. Joseph and Emma, arriving seven years later, may have lived in one of the wood-framed houses at the main farm house, or more likely they tried running one of the farmland plots.

On leaving the farm Joseph changed his job to work at a wood-planing mill in the town centre, sometimes driving a team of grey Clydesdale horses to take wagons of timber to nearby villages for housebuilding. He next became the caretaker of the public school for seven years. On the 1911 Canadian census the family had relocated to Qu’Appelle where Emma and Joseph had added two sons to their family, Harold and Cyril. From 1913  Joseph was farming on his own account having taken over a homestead from a previous owner; and in 1916 their fourth child Francis “Frank” Kelly Calcraft was born. The family were keen members of the local Anglican church, organising sunday school picnics, concerts, bell-ringing and other social events. The family’s livelihood was made difficult due to several tough years for their crops, with damage caused by storms, drought and grasshoppers. But some years were really good, notably 1919 when there was a bumper crop.

John Henry “Jack” Calcraft also travelled to Canada in 1913 and, rather than moving to the Rosetown area where Tom Calcraft had settled, chose to go to Indian Head to be with eldest brother Joseph. Jack took a few months to establish himself and then sent for his wife, May, who arrived at Quebec in May 1914 with their two daughters Irene and Grace on the SS Victoria of the Allan Line. Jack Calcraft took over a farm at an area near Indian Head called Sunny Slope and was soon employing other men to help run it. Jack would later return to England after his wife died.

Of Joseph and Emma’s children:

Joe Parnham Calcraft died on the 14 February 1956 and his wife Emma died on the 9 January 1962. They are interred at the Indian Head cemetery, along with their four sons.

Much of the information about the Calcrafts in Canada has been found in the wonderful series of local community history books created around 1982-84 to celebrate Canada’s move to a completely independent constitution. They are available on-line at University of Calgary Local Histories. The book for Indian Head, for example, can be found at this link. Not every Canadian municipality and town created such a book, but many did and they put together remarkable collections of facts and memories.

Our thanks also for information and photos from Susan Calcraft and Lynda Wright. As well as facts from ancestry.com and findmypast.com for census and general registry records and shipping manifests, information has been sourced in newspapers including the Rivers Gazette, Winnipeg Free Press, Manitoba Free Press, Brandon Sun, Rivers Banner and The Gazette Reporter.

My thanks also to Frank Korvemaker and all in the Bell Farm team for their amazingly extensive research into Major Bell’s farm history.