Are they or aren't they connected to Bottesford and Muston? 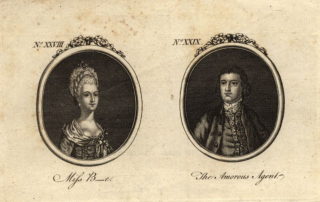 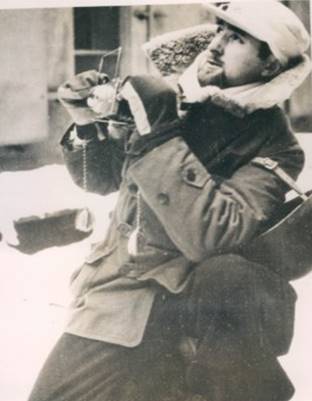 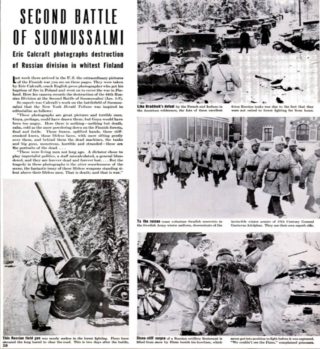 The Calcraft name occurs in various other parts of British history but it is uncertain whether these are branches of the same family line as the Calcrafts in the Vale of Belvoir.

From the eighteenth century the execution of condemned criminals in London were carried out at a gallows in front of Newgate Prison in full view of the general public. In 1868 the Capital Punishment Amendment Act brought an end to such public events and required them to be carried out in private. William Calcraft was the executioner when he hanged Michael Barrett on the 26 May that year, Barrett having been found guilty of participating in a bombing of Clerkenwell Prison the previous year.

Calcraft had been born in Great Baddow in Essex on the 11 October 1800. His early career had been as a cobbler but he later tried his hand at being a brewery night-watchman and also selling meat pies. He was taken on as an assistant to the City of London hangman, John Foxton, to carry out floggings of juveniles at Newgate. When Foxton died, Calcraft was appointed official executioner in his place. As well as the last public hanging, Calcraft also performed the first private hanging on the 13 August 1868.

As these branches of Calcrafts are known to have originated near to Grantham there has to be a chance that they are related to the families at Bottesford. However it cannot be certain, as their earliest known ancestors are only traced to Grantham so far. The early focus is on a female, Christian Calcraft, born in 1707 to John and Anne Calcraft, John’s parents being Robert and Dorothe Calcraft. Various of their baptisms and burials centre on St Wulfrum’s church in Grantham.

Christian may have been married to another John Calcraft (the baptisms of her children state that) but there is also a general view that her eldest son, John born in 1726, was fathered by the MP Sir Henry Fox, who subsequently ensured that John had a career and progressed well. Consequently, it may also be that Christian Calcraft’s other children were also illegitimate, perhaps also by Sir Henry. They included a daughter Christian (b. 1730) who married into the Lucas family; George (b. 1733); and Thomas (b. 1737) who was also aided in his career by his brother John and perhaps by Sir Henry.

John Calcraft (1726-1772) was baptised at St Wulfrum’s and, with Sir Henry’s help, became an election agent for the Marquess of Granby, and then used his contacts to develop into a paymaster in the War Office where he made a fortune enabling him to acquire and move to Rempstone Hall in Dorset. He was MP for Calne from 1766 to 1768 and then for Rochester from 1768 to 1772. His son John also became an MP and continued to maintain Rempstone Hall, which is in the family to this day.

Their story has been told in a book by Richard D Ryder who is part of the family and grew up at Rempstone Hall. The publisher’s blurb promoting the book reads:

This is a book on many levels. It is full of light-hearted incident and period colour. It is also a biography of a family covering some 250 years. At one level it is a book about sex, murder, mystery and black magic. At another, it is about the serious business of national politics and war. But it is also about the everyday lives of a dynasty of Dorset squires, their loves, hopes and fears, and their roles in the complexities of the British class system.

The author makes several discoveries of historical importance : for example that one of his characters was the man behind Junius, the mysterious and influential eighteenth century pamphleteer, and that another was probably murdered because of the crucial role he played in the passage of the Great Reform Bill. It is a fascinating story of soldiers, actresses and a haunted house. The author also suggests some serious messages for British society today.

… With the Calcrafts of Rempstone Hall, Ryder breaks new ground with a book that is part melodrama, part family history, and part a serious political commentary on modern Britain. Ryder studied Experimental Psychology at Cambridge from where he also has a PhD in Social and Political Science. He worked many years in the NHS and has several times been Chairman of the RSPCA Council.

Christian Calcraft (1730-1784) married Anthony Lucas whose family lived in Ancaster Hall, to the north-east of Grantham. Their son, John Charles Lucas-Calcraft, gained royal assent to combine his parents’ surnames for subsequent generations and to add the Calcraft arms. He married Sophia Birch in 1794, whose family can trace its ancestry back to Edward I and Henry III.

When the British Army defeated the French in 1759 at the Battle of the Plains of Abraham to capture Quebec and open up control of Canada, their leader General James Wolfe was killed. It then fell to one of his officers, Captain James Calcraft. to write the report of the battle to be sent back to Parliament in London. His letter detailed the forces involved (5,000 British against combined 3,000 French Regulars with 7,000 Canadians and Indians), described the death of Wolfe and explained the stages of the battle.

Eric Calcraft was born in London in 1910, descended from a line of the family from Leire and Broughton Astley in western Leicestershire. He took up photography and by the 1930s was working for the Planet News agency. In 1939 he was in Poland and captured the first pictures of German bombs falling on the city of Warsaw. His pictures were syndicated around the world along with some text reports including this one seen in the Sydney Morning Herald on the 13 September 1939:

“There is almost a complete lack of gas masks in Warsaw,” said Mr. Eric Calcraft, a London photographer, who has made his way from Warsaw, via Riga, according to the Amsterdam correspondent of the British United Press. “Mothers sewed huge chunks of cotton or gauze on elastic bands and hung these round the necks of their children,” he declared. “They took up their needles and thread in an ingenious attempt to save their children from poison gas. It is doubtful if the masks are of any use, but it is the best that the mothers could do. In the raids high explosive and incendiary bombs were used. Some women crawled like snakes, others rushed blindly from burning buildings, yet the children seemed calm and interested, and some tried to view the spectacle from the streets and doorways.
I estimate that I saw 150 dead. The injured were rushed to hospitals in taxi-cabs, trucks, carts, wheelbarrows, bicycles, and hand-borne stretchers. One of the most ghastly sights was at the Jewish hospital, in which were many children. It was heavily bombed, and the Rabbis carried the patients to air-raid trenches. You could set your watch by the beginning of the afternoon raids. Planes flew in groups of three round and round the city, the defence of which was left entirely to anti-aircraft guns, which, although they seemed to have excellent heights, appeared to fire too late, the shells exploding behind the planes.”
During Mr. Calcraft’s four-day journey from Warsaw to Riga, planes bombed the train seven times, but there were no direct hits. The engine driver frequently reversed 50 or 60 miles to get an intact track. There were 17 air raids on Warsaw yesterday.
This morning Warsaw suffered another terrific aerial bombardment. Many prominent buildings were wrecked, including the Belvedere Palace, for centuries the residence of Polish kings. A Polish announcer was heard to say, deep emotion in his voice: “Germany will regret having done this!”

From there he moved to Finland to cover the Finnish-Russian Winter War for several US agencies including ACME Newspictures and News Picture Enterprises Agency. Life Magazine printed a photospread article of his work.

Eric Calcraft’s career continued after the war, providing European coverage for American press firms through to his retirement. He died in Cambridge in 1984 and his wife Shiela died there just nine months later. Their daughter Vola, born in 1935, married a US Air Force man, Ira Seel, in 1959 and relocated to live in Biloxi, Mississippi at the Keesler Air Force base where she worked as a swimming instructor. Vola later remarried to Harry Whitcomb and they moved to South Carolina.

Australian rugby player born in New South Wales on the 22 May 1959. He played for Manly RUFC and joined the international squad for their 1984 tour of Great Britain, taking part in 10 games. He gained three caps for the Wallabies between 1985 and 1986. Now a businessman in Australia.