Location of the Belvoir School District and Calcraft / Raithby Farms 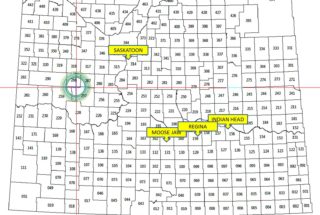 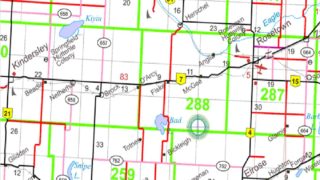 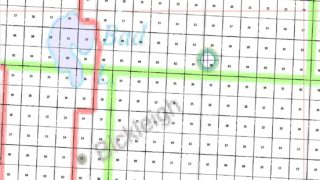 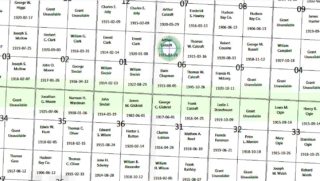 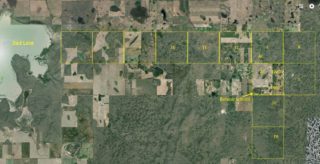 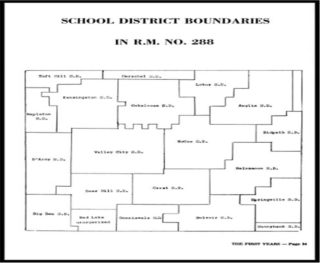 As the migration from Europe to North America accelerated through the mid-nineteenth century it became apparent that the ancient methods of delineating farms in Europe and the irregular land allocations allowed in the east of the new Dominion could not be sustained as the population expanded westwards. In both America and Canada there needed to be a system of pre-allocating parcels of land to organise the way that newcomers could be allowed to start.

The government of the Dominion of Canada initiated the Dominion Land Survey in 1871 in the province of Manitoba and it would deliver a system that still underpins the administration and culture of western Canada to this day. The survey subsequently mapped out Saskatchewan and Alberta, delivering a plan that laid a grid across the land based on six meridian lines that followed defined lines of longitude. with a perpendicular baseline formed partly by the boundary with America at the 49th parallel. The grid defined “townships” which were six miles square with straight roads stretching off into the distance along each edge, the north-south roads being known as “ranges” and the east-west roads as “townships”. Each township was then divided into 36 one-mile square blocks called “sections”, and each section then divided into four 1/2 mile square homesteads denoted as NW, NE, SW and SE.

There is a good detailed explanation on Wikipedia and also in the document “Understanding Western Canada’s Dominion Land Survey System” by Robert B McKercher and Bertram Wolfe, readily available via searches on the internet.

By the time the Calcraft brothers arrived to pay their $10 fees to gain entry to their homesteads the system was well established and proven. That did not, however, take away the real hardship of arriving at the virgin homestead plot and having to clear the ground (it was a lottery as to what the state of the land would be), sow the first crop, pray as any storms swept by prior to harvest time, build a dwelling and animal shelter; and then sitting out the winter before starting it over again the following year.

The homesteads established by the men from the Vale can be seen on the accompanying photograph, marked by their initials. They are located to the south west of Rosetown, near to the Bad Lake and Bad Hills. Tom Calcraft obtained access to his first plot at the Dominion Land Office in Saskatoon on the 23 October 1911, 75 miles from Rosetown.

Clusters of townships were grouped together for administrative purposes into Rural Municipalities, which were used for collecting crop returns, census taking and other population-based services. As families added children to the population then they would also build schools and open post offices, the RM’s, school districts and PO areas giving a more random patchwork of boundaries laid over the rigid Dominion Surveys grid.

The Belvoir Homesteads were as follows:

By the Second World War the hamlet and post office of Belvoir in Saskatchewan had been absorbed by the neighbouring village of Gunworth.

(Map images for this post have been drawn using the HOME software by, and copyright of, R&M Computer Systems, available from the Saskatchewan Genealogical Society. I have successfully run the application on Windows 7 and Windows 10 PCs)