You are here: Home>People>Village families>Calcraft Family at Home and Abroad>Sallie Calcraft – A Sweetheart in New Zealand

The farthest relocation of the Bottesford Calcraft family 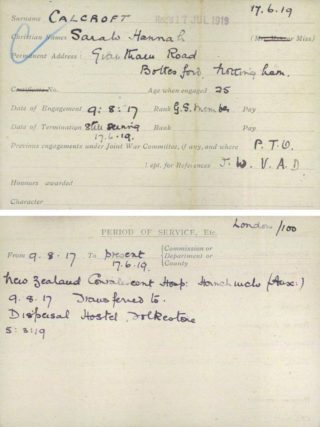 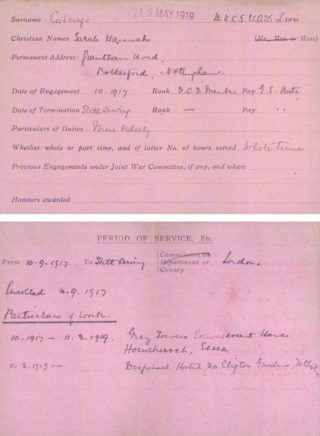 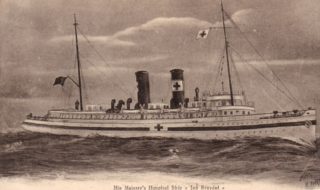 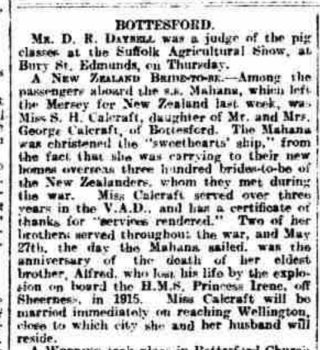 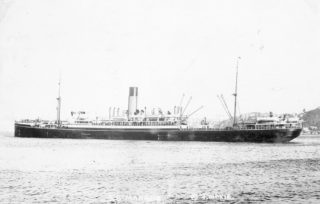 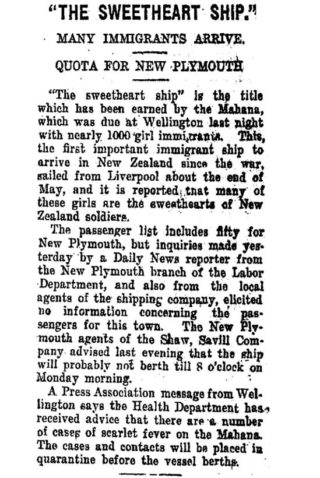 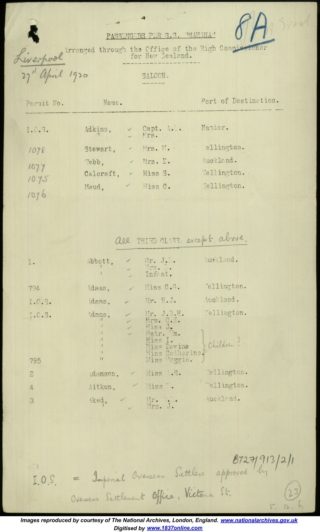 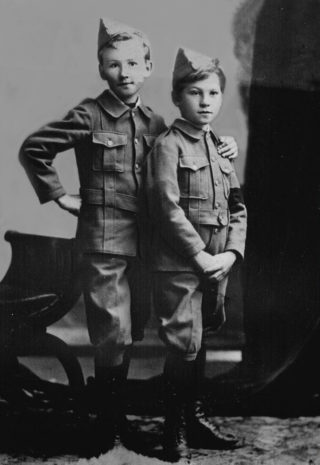 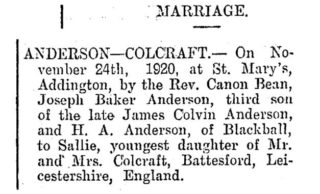 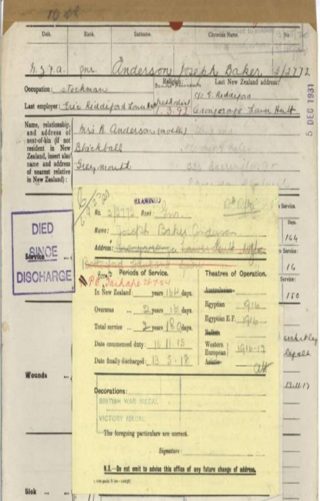 Sarah Hannah Calcraft was born in January 1891, the youngest child of George and Elizabeth Calcraft of 4 Spalton’s Row, Bottesford. Their oldest child, another daughter named Annie Eliza and ten years senior to Sarah Hannah, was raised by her uncle and aunt, Richard and Hannah Asher at Flawborough. So the two girls did not grow up as close sisters and Sarah had three older brothers to deal with instead, George Alfred, James Edward and Charles William.

By 1891 eldest brother George had gone away to join the Navy and James Edward had also left the family home, though was still close by as a farm servant to the Singleton family at 2 Chapel Street, Bottesford. In the 1901 census Sarah Hannah is seen to be at school, as was her brother Charles, but by 1911 she had moved to West Bridgeford where she was a servant in the home of Frank Ellams, a salesman of boiled sugar confectionery.

When her brothers all were away in the armed forces during the Great War, Sarah Hannah also wanted to do her part for the country, so on the 10 September 1917 she enrolled with the Voluntary Aid Detachment (VAD) in London to augment the work of the Red Cross. She was assigned to Hornchurch in Essex where, from October 1917 until 11 March 1919, she worked as a Nurse Orderly at the Grey Towers Convalescent House. At that time Grey Towers was an auxiliary hospital for the convalescence of injured troops of the New Zealand Expeditionary Force. There she would meet her future husband.

Joseph Baker Anderson was born on the 1 March 1892 in Akaroa, a town on the Banks Peninsula, a volcanic outcrop near Christchurch, New Zealand which was named after the botanist on Captain Cook’s Endeavour, James Banks. By the time of the First World War Joseph’s widowed mother had moved to Blackball, near the Grey River on the west coast of New Zealand’s South Island. Joseph, however, had moved to the North Island and was working as a stockman at Orongorongo, Lower Hutt near Wellington. He enlisted on the 16 November 1915 at the nearby Trentham Military Camp and became Gunner 2/2772 with the No 1 Field Battery of the 10th New Zealand Field Artillery. The attestation forms record that he stood 5 feet 11 inches and was of fair complexion with blue eyes. After 104 days training Joseph Baker Anderson sailed for Egypt as part of the NZ Expeditionary Force on the 3 March 1916, arriving at Suez on the 11 March.

On the 14 April his unit embarked from Port Said for France, arriving at Etaples on the 24 April 1916. Two months later he was serving as a gunner with the 7th Battery of the 1st NZ Divisional Gunnery Brigade after training at Armentieres as a driver.

On the 27 March 1917 Joseph was wounded in action, probably fighting somewhere north of Arras as the Germans withdrew to the Hindenburg line. He was taken to No 1 Field Ambulance unit of the NZ Artillery Brigade and then on to No 2 Casualty Clearing Station. Two days later he was admitted to No 14 General Hospital at Wimereux to be treated for the gunshot wound to his right leg. On the 30 March 1917 he was transferred from France to England on the Belgian hospital ship HMHS Jan Breydel and admitted to the NZ General Hospital at Walton on Thames.

His healing had progressed sufficiently by the 24 May that he was transferred to the Convalescence Hospital at Hornchurch. As he recovered there he encountered Sarah Hannah Calcraft and they fell in love. She may have been known as Sallie to her friends and family before then, but certainly Sallie is the name that Joseph called her from there on.

The records show that on the 2 November 1917 Joseph left Hornchurch for a period of leave but with orders to report to Torquay by the 19 November. A note on his service record suggests that he visited Bottesford, though the exact address is unclear. This would have been to meet Sallie’s family and, perhaps, to ask for her father’s permission for them to become engaged.

From Torquay, by the 1 February 1918, Joseph had reported at Liverpool for his return to New Zealand. He sailed on the SS Tahiti, arriving back on the 20 March 1918 and was given a final medical exam on the 30 April 1918. He was formally discharged on the 13 May 1918 with the comment “No longer fit for war service on account of wounds received in action”.

Sallie and Joseph maintained their long distance relationship for the next two years. She continued to work with the VAD, serving from the 11 March 1919 at the Dispersal Hospital at 20 Clifton Gardens, Folkestone until she was discharged later that year.

In May 1920 the press in both Britain and New Zealand took great interest when passage to New Zealand was arranged on the SS Mahana from Liverpool for 300 young Englishwomen who were emigrating to marry their Kiwi fiancés. The vessel was dubbed “the Sweethearts’ Ship” and the voyage was reported over several days. Sarah Hannah Calcraft was one of those 300 women.

The Grantham Journal of the 5 June was factual, noting Sarah’s nursing service and that she had received from the VAD a certificate of thanks for services rendered. The Dundee Evening Telegraph on the 28 May headlined with a “CARGO OF BRIDES” and portrayed that “Pretty lassies from all parts of the British Isles poured on to the landing-stage from a special train at Riverside Station, and, laughing gaily, they made no effort to conceal their delight that after many months of waiting they were embarking on the last stage towards reunion with their lovers and matrimonial bliss”.

The Dundee Courier had played fast and loose with the facts a few days earlier when it headed an article of the 17 May “SWEETHEARTS’ SHIP WILL CARRY THOUSAND GIRLS” to their new homes in New Zealand. That was somewhat over-stating the case. The Derby Daily Telegraph on the 29 May assured their readers that “Every girl before getting her assisted passage from the New Zealand Government had satisfied the officials at the High Commissioner’s Office that she had a promise of marriage to be fulfilled on arrival.”

The New Zealand press were also effusive as the SS Mahana approached Wellington and, again, some of them got the numbers wrong. Free Lance magazine of the 14 July 1920 quoted the 1000 girls error and said the “sweetheart’s ship’s fair passengers had mustered from towns and villages all over the British isles”. The Taranaki Daily News on the 17 July said that “The sweetheart ship is the title which has been earned by the Mahana, which was due at Wellington last night with nearly 1000 girl immigrants. This, the first important immigrant ship to arrive in New Zealand since the war …”.

However, the voyage had not been as ideal as the passengers may have hoped. The Taranaki Daily and the Stratford Evening Post both noted that “there are a number of cases of scarlet fever on the Mahana. The cases and contacts will be placed in quarantine before the vessel berths”. That must have delayed some of the nuptials for a while.

The Evening Post also cited reports from the Press Association that “some of the passengers … do not subscribe to the statement that the voyage of the steamer was uneventful … a party of passengers have conferred and have decided to forward a caustic account of the conditions under which they say they lived on the voyage … to two of the leading English newspapers. It is alleged that the Mahana was overcrowded, that some passengers took the opportunity, when she made her first port of call in America, to go ashore and lay in a stock of provisions to help them over the remainder of the voyage, and that the cooking of meat was carried out in a careless manner”. That prompted a correspondent using the name “Rugby” to send a letter to the Waikiki Standard printed on the 26 July 1920 suggesting the authorities should take steps to see why, on many voyages, it was necessary for 3rd class passengers to supplement their food at each port of call. “I know of no greater example of “class” distinction than that drawn by the shipping companies between the first saloon and the poor unfortunate travelling to “God’s Own Country” in a six-berth cabin-steerage. I think, Mr Editor, if the Welfare League has the “welfare” of any, other than its own class, at heart, a grand opportunity is presented to them to investigate the allegations made by the passengers of the “sweetheart ship” with a view to improving the position of subsequent arrivals”.

It seems likely that Sallie Calcraft was not suffering the conditions that had prompted the complaints. The ship’s manifest shows that whereas 965 of the ships 971 passengers were travelling in Third Class, Sallie was one of just 6 passengers who sailed in the First Saloon class. It looks to be the case that she and Joseph managed to pay extra to the passage funded by the New Zealand government so that she could travel in better comfort.

The manifest also shows that there were, in fact, 440 adult single female British citizens travelling to Wellington on the SS Mahana. Some of them may have been unwed but accompanying one of the 151 single adult males aboard, but the total is certainly nearer the 300 mark than the 1000 exaggerated figure used by the erroneous papers (who had presumably confused the total of the ship’s complement).

Safely arrived, Sallie Calcraft reunited with Joseph Anderson and they made their way to visit his mother’s home at Blackball. On the 24 November they married at St. Mary’s Church, Addington near Christchurch.

The couple made their home initially near Wellington and Sallie gave birth to their first son Alfred Kenneth Anderson at Petone on the 7 November 1921. They subsequently moved to their own farm at Taihape in the Manawatu-Wanganui district in the heart of the North Island. It is believed that there they had another son, Trevor Vincent Anderson.

In early 1928 Joseph relocated to a new farm at Sefton in the Hurunui district just north of Christchurch, back in the area where he originated. For a while Sarah remained at the Taihape farm, presumably until it was sold, and then she joined Joseph at Sefton. In October 1928 they had their third son, Laurence.

By 1931 Joseph Baker Anderson had relocated to Sydney, New South Wales, Australia and was working as a slaughter-man. It is unclear whether this was on a temporary basis or if he and Sallie had separated, as she remained at the farm at Sefton with the three boys. On the 14 September 1931 Joseph died in Australia with the cause of death listed as pneumonia. It is possible that his relocation had just been temporary as his residence on an estate settlement report was still at Sefton. However another report from February 1932 lists his residence as “Sydney, formerly Taihape”.

Sallie Anderson brought up her family at Sefton and would no doubt have been unsettled to see her son Alfred enlist into the army in World War 2, given her knowledge of the wounds that soldiers incurred. Fortunately he came through the war unscathed and returned home. Subsequently he married and moved to his own farm at Leithfield, just a few miles from Sefton. Sallie listed herself as married rather than widowed in each Electoral Roll until the mid-1950s, perhaps showing how she missed her husband, and did not quit her home until sometime after 1957. She died on the 25 June 1966 and is buried in the plot bought for her by her son Alfred at the Balcairn Cemetery near his home at Leithfield.

Grateful thanks to Cathy & Gavin Anderson in New Zealand for some super family information and the picture of Gavin’s grandfather, Maurice, with Joseph.

Source materials – The following have been very useful in researching this article: