You are here: Home>Places>Landmarks>Happy Times

Memories of a Bottesford Trainspotter 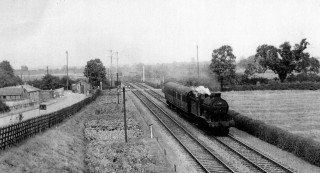 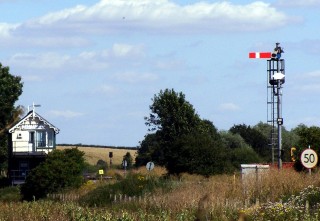 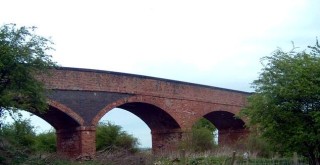 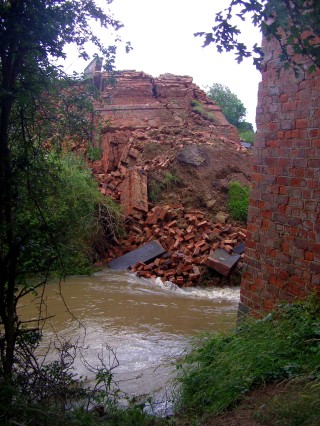 Alan Pizzey’s article on the railways in Bottesford brought back many happy memories of an idyllic childhood spent trainspotting in the village.

I spent many happy times in the signal boxes in the village with Hector (Tommy) Johnson, who’d let me pull the levers operating the signals, but under strict instructions to use a cloth to hold the handles so that the polished steel didn’t pick up moisture from my grubby little hands and go rusty.

There were five signal boxes; one at the station, which I first weedled my way into by helpfully offering to fetch some fish and chips for the signalman – Pete Dove – of course when I returned with his supper, I had to deliver them and so found my way into the station box.

The north box, which stood near the three arch bridge, was an easier prospect since it was a fairly lonely job for the signalman and a bit of company during long tedious days was often appreciated. There was a plank across the Devon behind the box that you could walk over to reach the box’s stairway.

In that box I remember Tommy setting the signals at danger so that a goods train stopped just the Newark side of the bridge. Tommy waved the train to come alongside the box and the crew were coaxed into throwing down some coal from the tender for the signal box fire, which was running perilously low on fuel.

Later on, diesel trains took over and there was a daily shunting service from Newark which chiefly serviced the gypsum works. It trundled along to the Bottesford box and was then sent up the gradient towards the West box. But before it reached the main line the engine was disconnected and sent up in front of the West box where there was a cross over. It then ran back alongside the stationary trucks and crossed over again at the three arch bridge and shunted back onto the stationary wagons, before returning to Newark. This group of wagons always had a guard’s van at both front and back, so that it was a sort of push-me-pull-me. On one day the driver let me ride in the cab with him while they carried out this operation.

The recent collapsed of one of the three arches should perhaps have been predicted, for the signal box here was always (in my lifetime) leaning back towards the Devon.

Other signalmen working in this box at the time were Tal Bend, who invariably did the nighttimes stint, and was so untroubled by many trains passing, and Danny Cousins, who also, conveniently, farmed the fields immediately over the bridge and could keep an eye on his sheep whilst working in the box.

The east box stood at the side of the line just where the gradient that brought the line up from Melton joined the main Grantham/Nottingham line.

Tommy also worked in this box and one of the priorities here at the time was to be sure the long excursion trains and any laden goods trains had a clear run from Redmile direction so that they could manage to pull their loads up the steep gradient that brought them onto the main line. This was at the end of the era of steam trains and they were well past their best, so needed every encouragement and a full head of steam to cope with this task. Looking from the box, once the signals had been set for them the crew had invariably got the safety valve blowing a head of white steam up into the air as they opened up their tired engines to run at the gradient.

The drivers would lean out of their cabs and give Tommy the thumbs up as they rattled past. One day, they didn’t make it and an engine had to be sent from Colwick to come and lend a hand.

At night there were no trains coming up from the Melton/Newark line to join the main line when out of the excursion season, and Tommy’s shift would end with him setting the signals on the main line, so that trains were dealt with directly between the station box and the West box. He would then walk down the gradient towards the black gates and open up the south box and change the settings for the points so that trains could run through from Melton to Newark. I never remember this box being manned.

At one stage I can remember trains being timetabled through from Bottesford directly to London. What happened was that a regular Grantham/Nottingham train ran the service but through passengers for Kings Cross were asked to use the front carriage. On reaching Grantham the train ran into the main line platform and the engine and front carriage were unhooked, carriage doors locked, and it then ran into a siding ahead of it. The remaining carriages were shunted out of the way and the next train into the main line platform stopped short of the platform end, this engine was uncoupled and went off into the shed, and the Bottesford engine and single carriage backed down to join the train in the platform and take it down to London.

When the Melton line ceased to be used for scheduled services and goods trains, Brush engines from Loughborough of the Deltic type could often be seen using it as they entered service. Later still one side of the line was used as a “dump” for redundant short wheel base goods trucks. Someone stole the bearings from them as they languished there.